Like most, if not all AMD AIB partners, Asus has also launched a Radeon HD 7990 graphics card. Based on the reference design from AMD, all that partners can do is print their own boxes and slap a sticker on the cooler.

In case you missed it during the official launch yesterday, the Radeon HD 7990 features two 28nm Tahiti GPUs based on AMD's GCN architecture for a total of 4096 stream processors (2048 per GPU), 256 TMUs, 64 ROPs and 384-bit memory interface for each GPU connected to a total of 6GB of GDDR5 memory (3GB per GPU). The Radeon HD 7990 works at 950MHz base and 1000MHz Boost GPU clocks while memory ended up clocked at 6000MHz adding up to 288GB/s of memory bandwidth per GPU. Since it is based on a reference design from AMD, Asus' Radeon HD 7990 also uses a quite good dual-slot, triple-fan cooler.

As it was the case with all previous graphics cards from Asus, this one also ships with Asus GPU Tweak tuning and monitoring software and also ships with a total of eight free games including Crysis 3, Far Cry 3 and Far Cry 3: Blood Dragon, Sleeping Dogs, Bioshock Infinite, Tomb Raider, Deus Ex: Human Revolution and Hitman Absolution as a part of the AMD Never Settle Reloaded campaign.

According to the press release, Asus Radeon HD 7990 will be avialable worldwide from late May with a price tag of US $999. 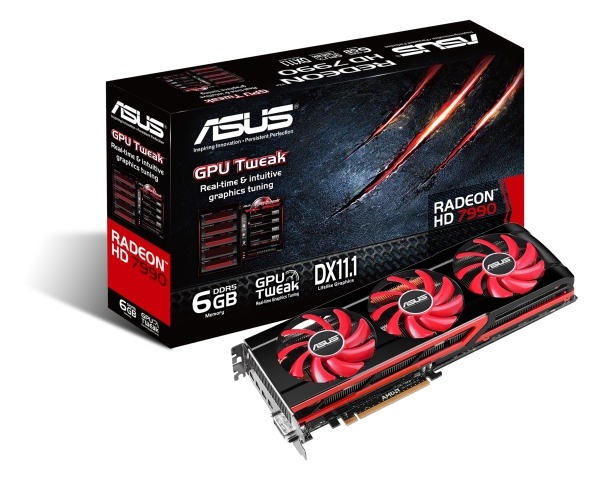 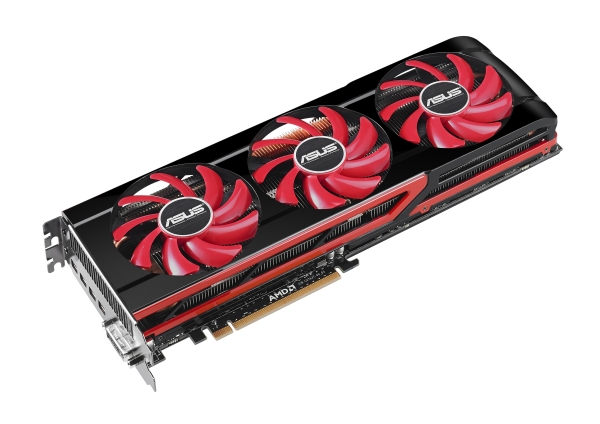 Last modified on 25 April 2013
Rate this item
(0 votes)
Tagged under
More in this category: « AMD releases Catalyst 13.4 WHQL driver Gigabyte releases its own Radeon HD 7990 »
back to top