To be featured on future graphics card coolers

Powercolor has announced a new series of double blade fans that were developed in cooperation with its thermal partner, Double Blades.

The new design adds an extra fan blade that is actually attached to the original one and can absorb airflow into the center thus providing up to 20 percent more airflow when compared to the traditional and exsiting thermal designs. The new design also prevends the dust depositing at the bearings and/or at the bottom of the fan and prolonging the life cycle of the cooler as well as the graphics card.

According to Powercolor/TuL, the new Double Blades design will be implemented in future graphics card coolers and out best bet are the first custom cooled Volcanic Islands based graphics cards. Of course, if AMD gives a green light on custom designs and do not stick to reference one. 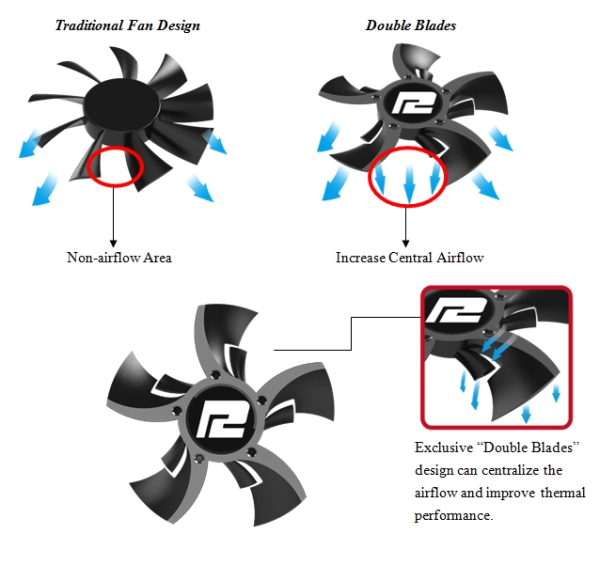