While AMD Radeon R9 270X graphics card based on the Pitcairn GPU launched with an already impressive 1050MHz GPU clock as well as an even more impressive US $200 price, Powercolor decided to up the ante by releasing the Devil R9 270 with a higher factory overclock and a massive dual-slot triple-fan.

In order to compete with a rather impressive lineup of R9 270X based graphics cards on the market, Powercolor decided to push the 1280 stream processor enabled Pitcairn to its limits or 1150MHz base and 1180MHz Boost clock. It still comes with 2GB of GDDR5 memory paired up with a 256-bit memory interface and uses, what Powercolor calls, the Platinum Power Kit, which includes DirectFET, Digital PWM and 7+1+1-phase VRM design in order to dramatically improve total stability and offer reliable power delivery to GPU.

The cooler on top of the Devil R9 270X is familiar from previous Powercolor Devil series graphics cards and features triple-fan design paired up with 4 heatpipes and an impressively large heatsink, making the card up to 25 percent cooler and up to 18 percent quieter when compared to the reference solution.

As it is the part of the Devil series, the new Devil R9 270X will include Devil theme for the Powerup Tuner as well as the Devil Gaming Pad. Unfortunately, Powercolor did not shed much light regarding the price or the availability date but we are quite we will see it pretty soon with a price similar to the Devil HD 7870 GHz Edition, or around €230. 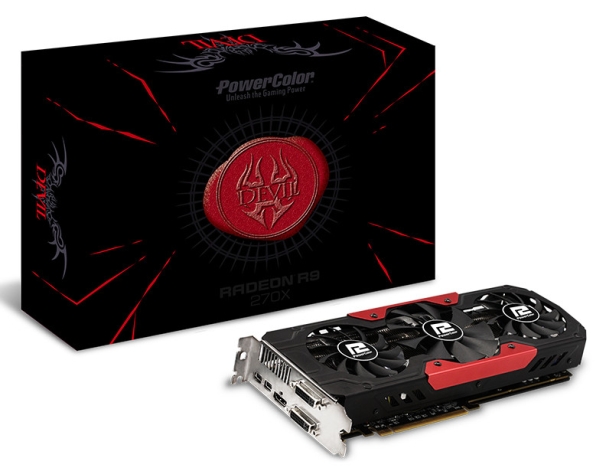 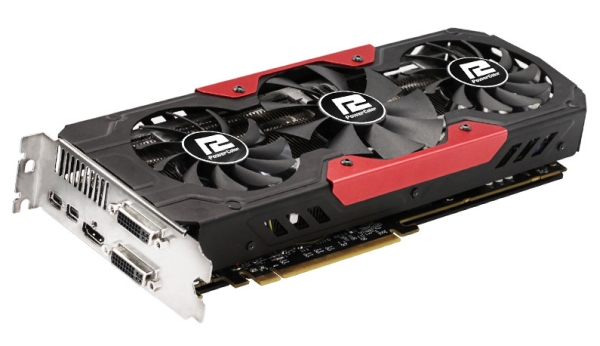 Last modified on 01 November 2013
Rate this item
(0 votes)
Tagged under
More in this category: « Dan Vivoli, EVP marketing at Nvidia is out AMD releases Catalyst 13.11 Beta8 driver »
back to top