Slower than Kepler based GTX 660

While these performance numbers should be taken with a grain of salt, considering that they done with early version of the driver, the fact that the GTX 750 Ti ends up anywhere between 10 to 15 percent slower in Futuremark's 3DMark, Unigine Valley and Final Fantasy XIV games, definitely does not sound good.

Of course, we are still missing precise specifications as well as more details regarding the GTX 750 Ti and we will hopefully see more as we draw closer to the rumored February launch date. 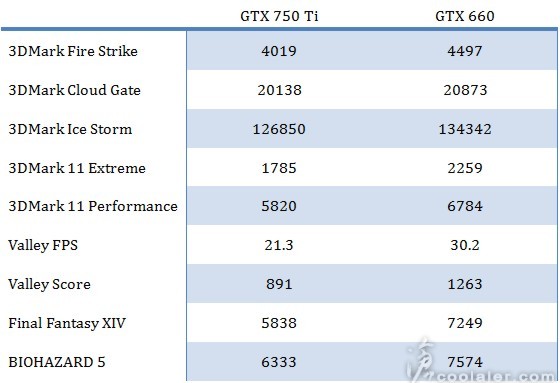 Last modified on 21 January 2014
Rate this item
(0 votes)
Tagged under
More in this category: « More GPU failures on MacBook Pros MSI GTX 780 Ti Lightning pictured in detail »
back to top