PowerColor has launched what appears to be the fastest non-reference R9 290 card on the market. Although the 290X gets all the fame, we believe Hawaii Pro products offer a slightly better price/performance ratio and with a nice custom cooler they look even more tempting.

The PowerColor Radeon R9 290 PCS+ features a triple-fan PCS+ cooler which is not even in the same league as the reference AMD cooler. Better yet, it features the highest factory overclock of any Hawaii Pro card on the market today. The GPU clock stands at 1040MHz, on par with Gigabyte’s Radeon WindForce 3X, but the memory is clocked at 1350MHz, which is 50MHz to 100MHz faster than factory overclocked R9 290 cards from Sapphire, XFX and Gigabyte.

This bumps the bandwidth up to 346GB/s, which is about 10 percent more than you’d get on a reference card, or even a reference 290X for that matter.

The card does not appear to feature the Battlefield 4 bundle, but then again early listings put it at about €375, which is cheaper than most non-reference cards. Furthermore it ends up about €100 cheaper than the average 290X. Not bad, not bad at all. 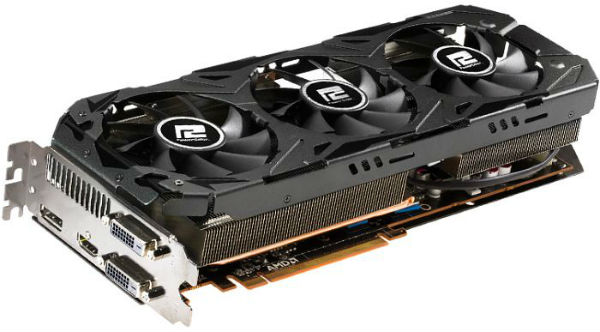