Club 3D has announced the latest members of its PokerSeries, the Club 3D Radeon R9 290X royalAce and the R9 290 royalAce. Based on a custom design and featuring Club 3D's own custom cooler, both new royalAce graphics cards will pack a decent factory overclock.

As expected, Club 3D decided to use its own CoolStream dual-slot triple-fan cooler on both of these new royalAce graphics cards and it should keep the both GPUs well cooled judging from that massive heatsink placed behind the shroud.

Unfortunately, Club 3D did not reveal any details regarding the price or the actual availability date. 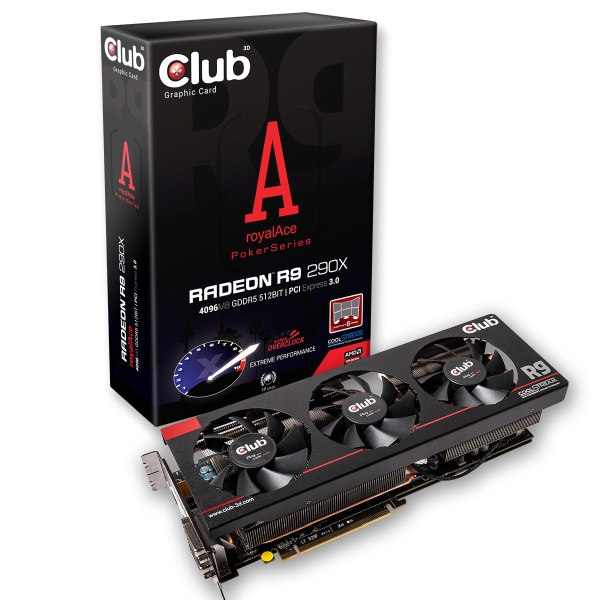 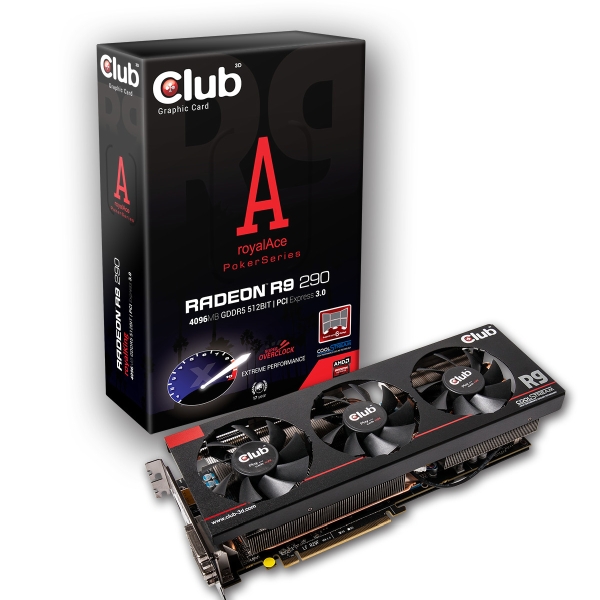 Last modified on 10 March 2014
Rate this item
(0 votes)
Tagged under
More in this category: « Asus working on dual Hawaii XT based graphics card Nvidia rolls out new Geforce 335.23 WHQL driver »
back to top