In addition to the Geforce GTX 980, Nvidia has also launched the new Geforce GTX 970 graphics card. Based on a cut-down version of the same GM204 GPU that is behind the Geforce GTX 980, is aiming to be the performance per buck king by putting a lot of pressure on AMD's Radeon R9 290. According to Nvidia, it is able to run many games at UHD/4K resolution with enjoyable frame rates and at a decent level of detail. 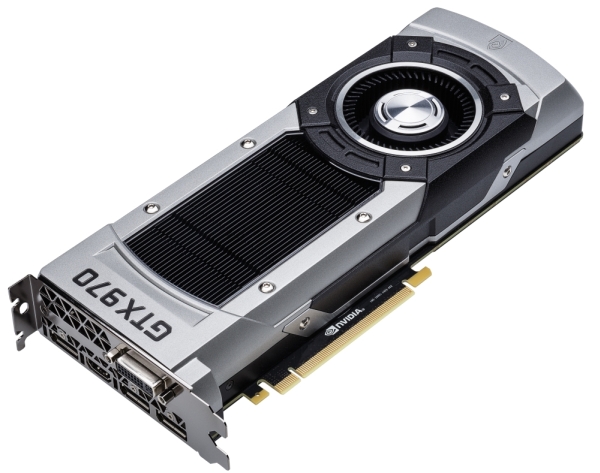 While the Geforce GTX 980 is based on a fully enabled GM204 Maxwell GPU, Nvidia has to cut down that same GPU on the Geforce GTX 970, but not by much. Featuring the same 2MB of L2 cache and 64 ROPs like the GTX 980, the Geforce GTX 970 packs same four Graphics Processing Clusters (GPCs) but with 13 Stream Maxwell Multiprocessors (SMMs), which add up to 1664 CUDA cores and 104 Texture Units (TMUs). The clocks of the GTX 970 have taken a dive as well, down to 1050MHz for the base GPU clock and 1178MHz for the GPU Boost clock. The memory on the other hand remained at same 4GB of GDDR5 memory clocked at 7000MHz, which paired up with the same 256-bit memory interface, add up to the same 224GB/s of memory bandwidth, just like the GTX 980.

Of course, these are the reference clocks for the Geforce GTX 970 and as Nvidia gave a green light to its AIB partners to come up with a custom design from day one, we will definitely see some rather impressive factory-overclocks, as well as some impressive overclocking headroom thanks to custom coolers and GM204's excellent overclocking potential.

The Geforce GTX 970 also comes with all new features, courtesy of the GM204 Maxwell GPU, as well as the same display output configuration, including three DisplayPort, HDMI 2.0 and dual-link DVI outputs. 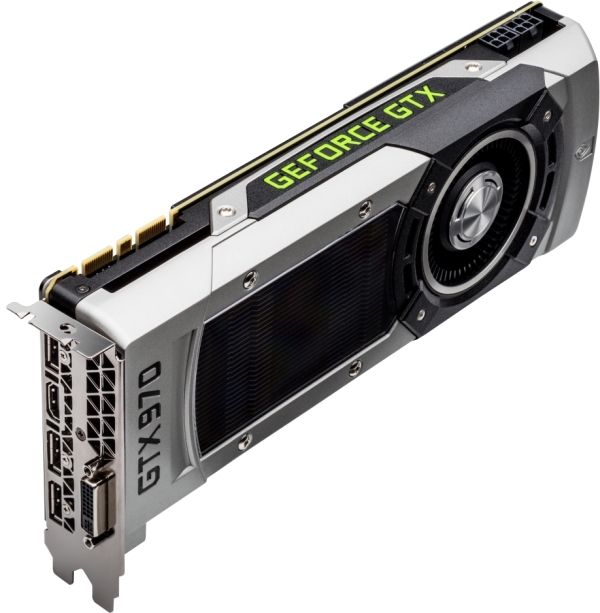 With lower clocks and slightly "weaker" GPU, the Geforce GTX 970 also has a lower 145W compared to the GTX 980. It still needs two 6-pin PCI-Express power connectors and also comes with the same dual-slot blower style cooler seen on the GTX 980, at least on the reference design.

Nvidia is also doing a hard launch with the Geforce GTX 970 as well and since AIB partners had a green light for custom designs, we should see plenty of Geforce GTX 970 graphics cards on retail/e-tail shelves as of day one.

The biggest surprise is definitely the price as Nvidia decided to launch the Geforce GTX 970 with a US $329 price tag in the US. The European MSRP is set at €270,00. These prices put the Geforce GTX 970 blow the AMD Radeon R9 290 and judging from the first reviews, outperforms it and brings a new level of performance per Watt.

You can check out some reviews below and our review is coming up shortly in case you want to check out a quite impressive EVGA GTX 970 SC ACX 2.0 graphics card.

Last modified on 19 September 2014
Rate this item
(0 votes)
Tagged under
More in this category: « Nvidia officially launches the Geforce GTX 980 EVGA, K|NGP|N and TiN break a few records with GTX 980 »
back to top