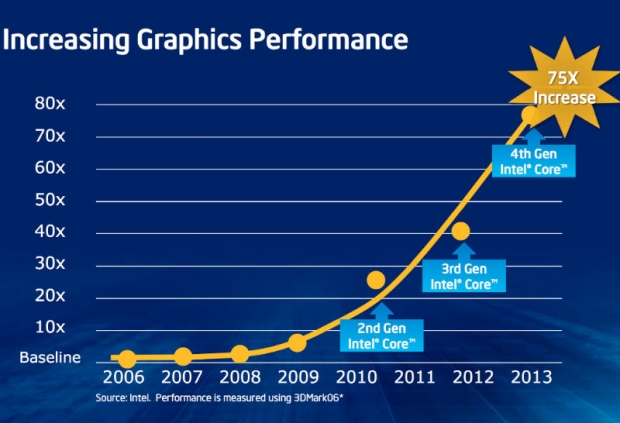 Intel has a new graphics driver for Haswell and Broadwell parts and it should bring a number of new features and improvements, especially for home theatre users.

According to the release notes, the new driver resolves a number of issues in Windows 8.1, as well as some Windows 7 bugs. However, the new driver does not cover Bay Trail series products used in many cheap HTPCs and mini-PCs.

Intel also used the opportunity to talk up new Broadwell parts, promising more battery life, up to 90 minutes in an HD video playback scenario, as well as superior performance in the GPU department, with gains of about 20%.

Not that long ago, Intel’s integrated graphics used to be a joke, but with Ivy Bridge and especially Haswell, Intel’s GPUs have become quite a bit more serious affairs, even in ULV parts. Too bad Iris is still reserved solely for flagship parts – as far as mid-range and entry-level iGPUs are concerned, AMD is still king of the hill.