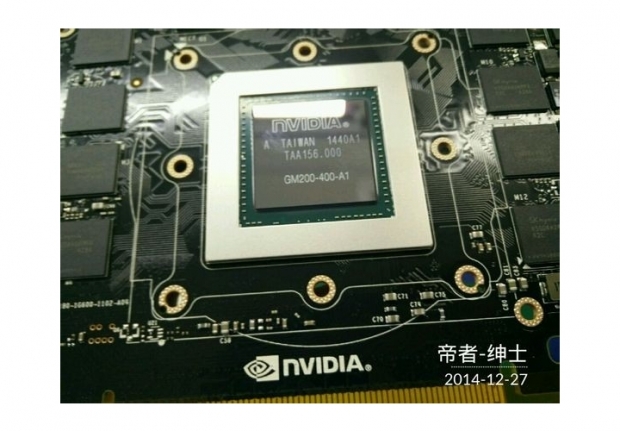 While we wait for the official launch of the new Nvidia Geforce GTX 960, which should happen in a couple of days according to the latest rumors, we now have what appear to be first pictures of the new GTX Titan graphics card from Nvidia.

While there aren't any specific details regarding the pictured graphics card at Chinese Tieba.Baidu site which actually leaked these pictures, there is a clear picture of Nvidia's 28nm GM200 GPU which has been rumored to pack no less than 3072 CUDA cores, 96 ROPs and 12GB of GDDR5 memory paired up with a 384-bit memory interface.

Spotted by Techpowerup.com, the display outputs on the prototype board are pretty much identical to the ones found on the GTX 980, despite the lack of the DVI output. Unfortuantely, the pictures do not include the VRM part so we are not sure what will the maximum TDP be but we doubt that Nvidia will include more than 6+8-pin PCI-Express power connectors.

The pictured Maxwell-based GM200 GPU appears to bigger than the Kepler-based GK110 so Nvidia will most likely have to either change or update the cooler design.

Nvidia has previously launched GTX Titan graphics cards in February so it is possible that the GTX Titan-X, as it is usually called, will launch in the same timeframe, although Nvidia might push it to the end of March as well. In any case, we will keep an eye out for it and more information about it. 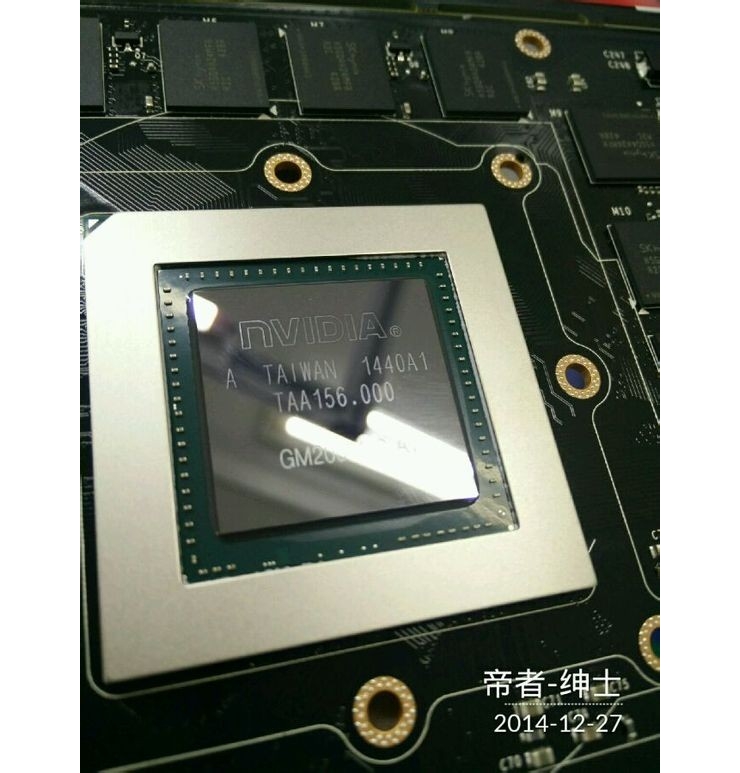 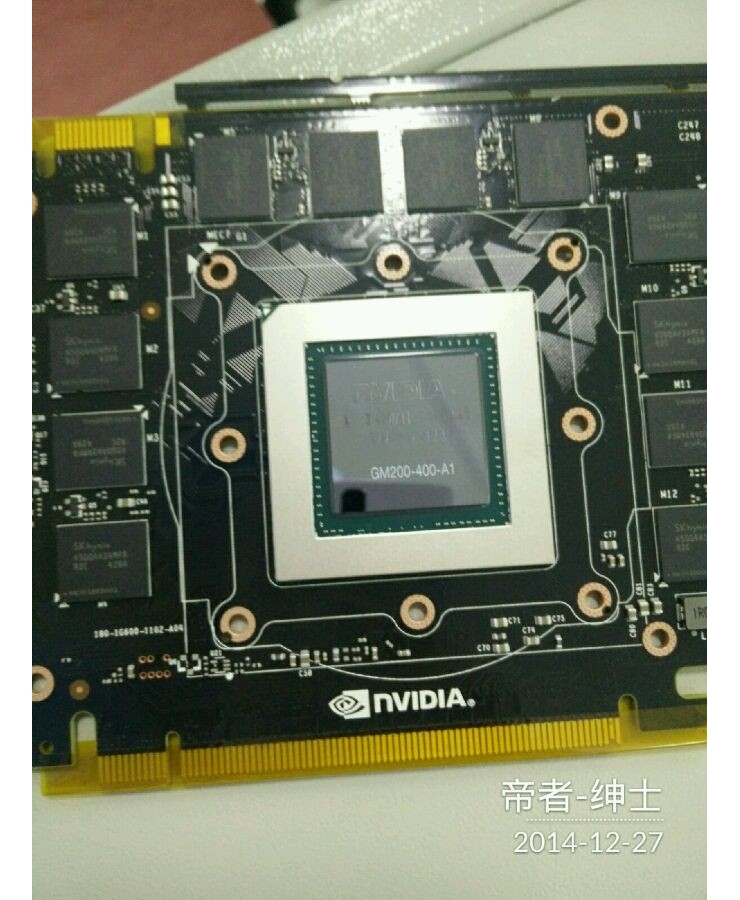 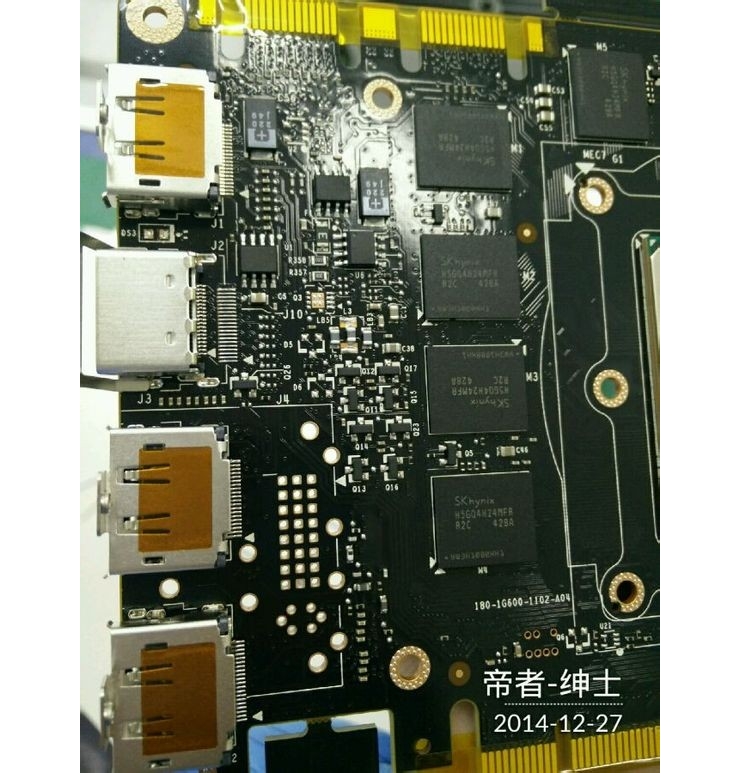