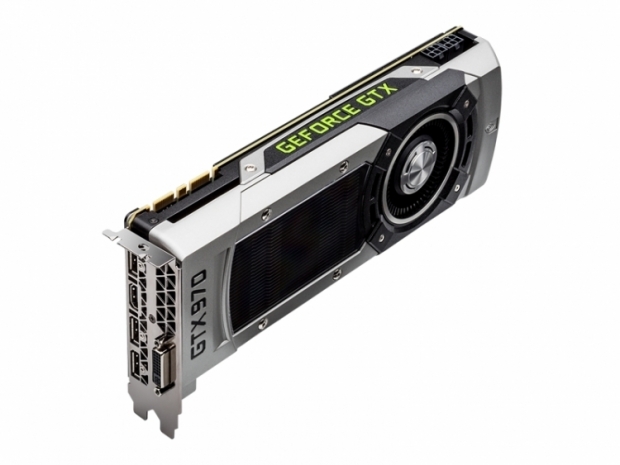 It turns out that the "duck your head and wait until they run out of ammunition" strategy doesn’t work anymore when it comes to the GTX 970 issue.

The big boss of Nvidia, Jen-Hsun Huang has spoken about the elephant in the room, the GTX 970 memory controller and the way card addresses and the uses the memory. The issue had a few effects already, causing some RMA returns, an Amazon 20-percent refund as well as class action lawsuit, alleging that the company was guilty false advertising.

"GTX 970 is a 4GB card. However, the upper 512MB of the additional 1GB is segmented and has reduced bandwidth. This is a good design because we were able to add an additional 1GB for GTX 970 and our software engineers can keep less frequently used data in the 512MB segment."

Nvidia's boss is trying to downplay the issue, and trust us, it is not that big of a deal in technical terms. GTX 970 cards work well with this weird memory configuration, with 3.5GB of fast memory and 512MB of slower memory. The problem is in communication and marketing, not performance.

The Geforce GTX 970 4GB moniker was there for marketing purposes. End-users in late 2014 would expect that the second-best card based on Nvidia's latest architecture has 4GB of memory and Nvidia gave them 4GB in a 3.5GB + 0.5GB configuration. Nvidia failed to tell end-users that not all memory chips run at the same speed, creating unrest between users, some of who even decided to return the card.

Jen-Hsun also said Nvidia failed to communicate the way the memory architecture works with GTX 970 to internal marketing, and externally to reviewers at launch. Some might be disappointed that the CEO of Nvidia didn’t offer to replace the cards, but some etailers and retailers are expecting returns, simply as they know that someone else will be willing to buy these card at a discount.

There is no doubt that the GTX 970 issue will hurt Nvidia's high-end sales and reputation, at least a little bit, but this issue was more about bruised pride than anything else - and the AMD marketing team was all over it, to try to blow it out of the proportion. The GTX 970 slip definitely helped AMD sell some of its cards in the process.

Back in 2008 Nvidia came out with the Tesla microarchitecture and Geforce GTX 8800 with a  quite odd 384MB or 768 MB of memory, something we haven't seen before. Nvidia was using a 192-bit memory interface back then. Since the card performed quite well, nobody cared about the odd size of memory. With this in mind, Nvidia could simply said that GTX 970 featured 3.5GB of fast and 0.5GB of slower memory, and tell that this was a design choice it made to keep the cost down.

Nvidia promises that such an issue won't happen again and it will do better job next time. The fact that Jen-Hsun decided to address customers via the Nvidia blog speaks for itself – the GTX 970 issue has created a lot of headaches for a lot of people.

Last modified on 08 June 2015
Rate this item
(16 votes)
Tagged under
More in this category: « Nvidia now faces class-action lawsuit over GTX 970 AMD working on Virtual Reality too »
back to top