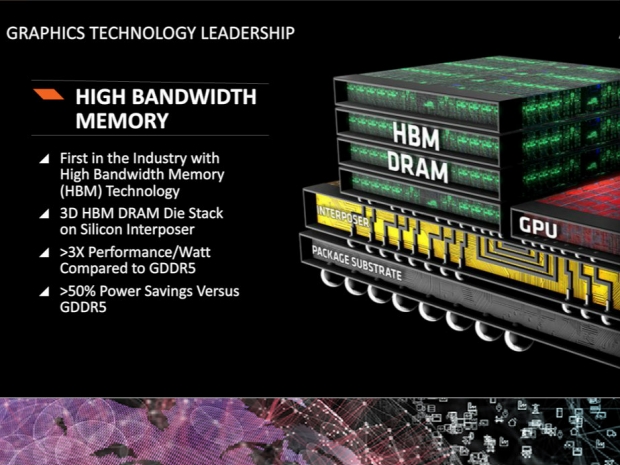 GPU and CPU Production in 2016

When AMD's Fiji GPU launches shortly after Computex and before the end of Q2 2015, we should see a bit more details regarding AMD's FinFET chips.

AMD doesn't want to share with us if its FinFET process is based on a 14nm or 16nm but Mark Papermaster, AMD's CTO, said during Investors Day presentation that the company already has test chips. AMD's 2016 CPU codenamed ZEN is also using FinFET, so maybe Papermaster meant that it has Zen FinFET test chips already baked..

Papermaster said that some companies might have FinFET chips in 2015 but AMD thinks that by 2016, FinFET manufacturing will be "more robust". We are unsure which companies he had in mind but Samsung has Exynos 7240 manufactured in 14nm FinFET and Intel already has both Haswell based on 22nm FinFET and Broadwell with 14nm FinFET transistors. It is not hard to imagine that the latest manufacturing product is the most expensive and it takes time to get good yields on the new manufacturing node.

AMD believes in FinFET's scalability and its ability to scale from an APU design to the high end CPU or GPU. FinFET manufacturing process will result in much lower power and higher performance per watt. AMD was stuck with 28nm / 32nm manufacturing for far too long and jumping down to 14nm will definitely increase its power to compete.

Last modified on 07 May 2015
Rate this item
(14 votes)
Tagged under
More in this category: « AMD's Greenland gets FinFET AMD launches new Radeon R300 desktop series for OEMs »
back to top