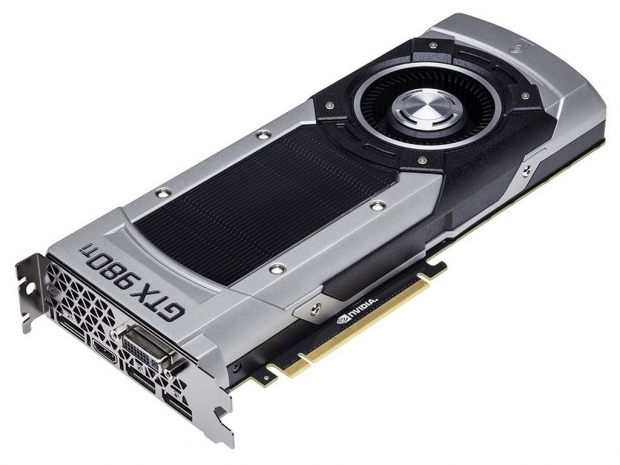 Based on a version of the 28nm GM200 GPU, earlier seen on the GTX Titan X graphics card, the Geforce GTX 980 Ti packs 22 enabled SMM units for a total of 2816 CUDA cores and 176 texture units (TMUs). While the number of CUDA cores was cut down and the amount of memory was cut down to 6GB, the number of ROPs, amount of L3 cache and the memory interface remained the same as on the Titan X, so the Geforce GTX 980 Ti packs 96 ROPs, 3MB of L3 cache and 6GB of memory paired up with a 384-bit memory interface. 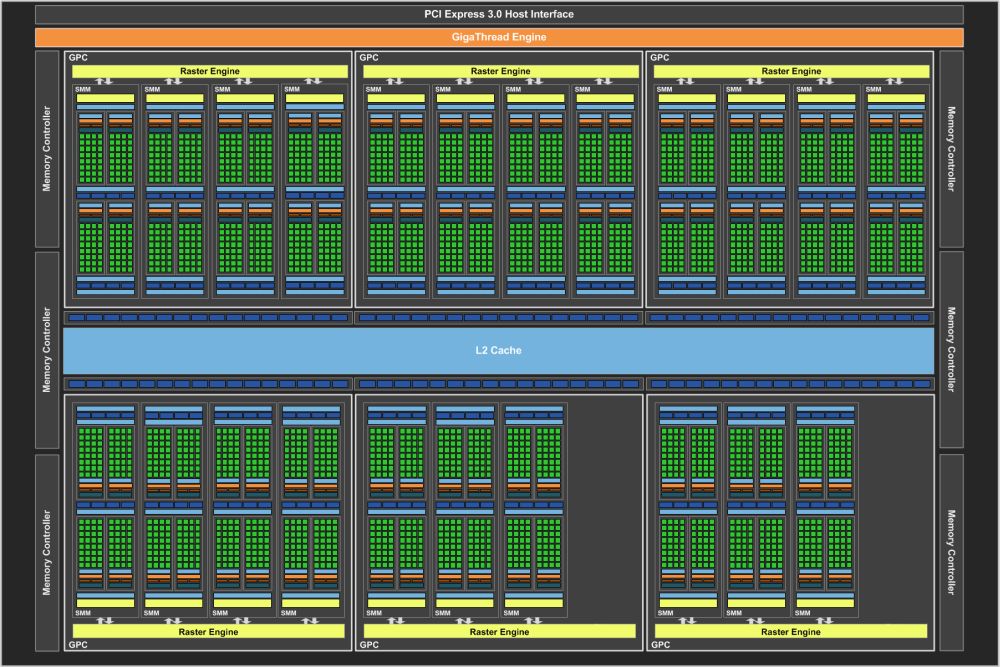 The new Geforce GTX 980 Ti also has the same 250W TDP and needs 8+6-pin PCI-Express power connectors as well as uses a pretty similar reference blower style fan, just with a slightly different color scheme. It also comes without the backplate. With these specifications, the Geforce GTX 980 Ti fits snugly between the GM204 based GTX 980 and the Titan X. 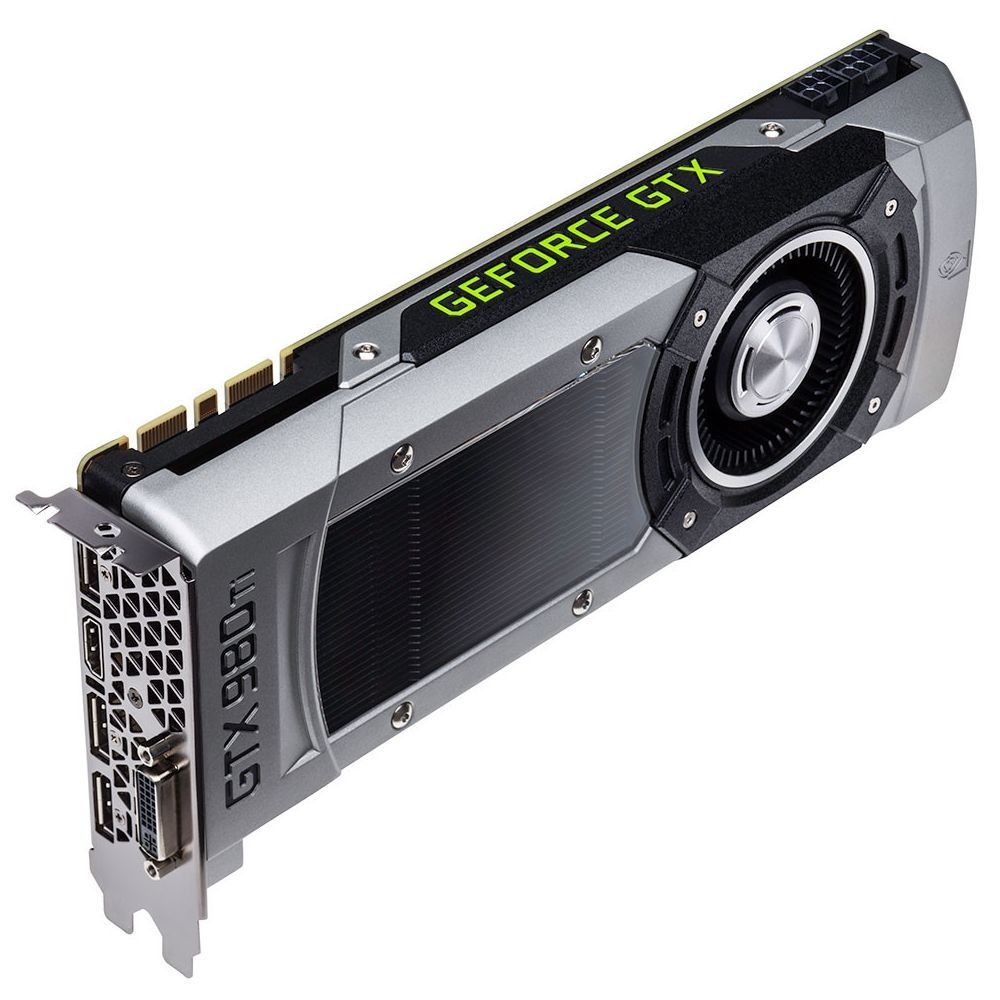 The Geforce GTX 980 Ti also shares the same reference clocks as the GTX Titan X, working at 1000MHz base GPU and 1074MHz GPU Boost clocks while memory ended up clocked at reference 7.0GHz. Theoretically, the GTX 980 Ti should provide a decent gap in performance between the US $999 priced Titan X and the earlier US $549 priced GTX 980, but according to some of the first reviews, it appears that it gets quite close to the Titan X.

Nvidia also gave a green light to its AIC partners on custom designs, so there will be plenty of factory-overclocked and custom cooled versions from the usual suspects. Nvidia's US $649.99 choice of price for the GTX 980 Ti is quite interesting and aggressive, which will also put a lot of pressure on AMD's upcoming Radeon 300 series lineup.

In addition to launching the new Geforce GTX 980 Ti, Nvidia apparently dropped the price of the GM204-based Geforce GTX 980 graphics card, which is now priced at US $499.99, making it quite an interesting choice.

It appears that GTX 980 Ti is what the GTX 780 was to the original GTX Titan, and makes the Titan X graphics card a bit less interesting to gamers, especially since according to a couple of first reviews, there is not much of a performance gap between those two graphics cards.

You can check out some of the review below.