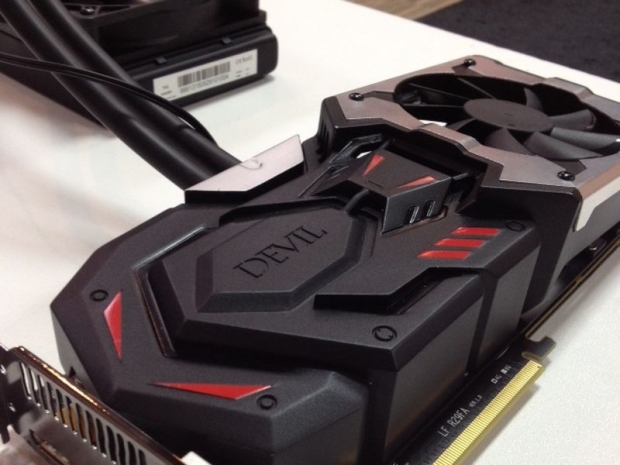 While it did not have a chance to show the fancy new Fiji GPU graphics card at Computex 2015 show in Taipei, Powercolor certainly had a lot to show and in addition to earlier announced Devil HDX sound card, Powercolor brought the new Devil Hybrid cooler to the show.

Although some earlier sources suggested that this is Powercolor's upcoming Radeon R9 390X graphics card, we must note that, according to our sources, this simply is not true. The picture graphics card uses Powercolor's standard R9 290X PCS 4GB PCB just for show and if anything, it should be the R9 390, as according to earlier rumors, R9 390X will be reserved for Hawaii GPU graphics card with 8GB of VRAM.

We are not sure if the Devil Hybrid cooler will show up on the recently rumored Hawaii rebrands or even on Fiji GPU based graphics card but it will certainly allow Powercolor to push the GPU to a whole new factory-overclocking level.

In any case, it does look interesting and we can't wait for Powercolor to announce its new Devil graphics card. 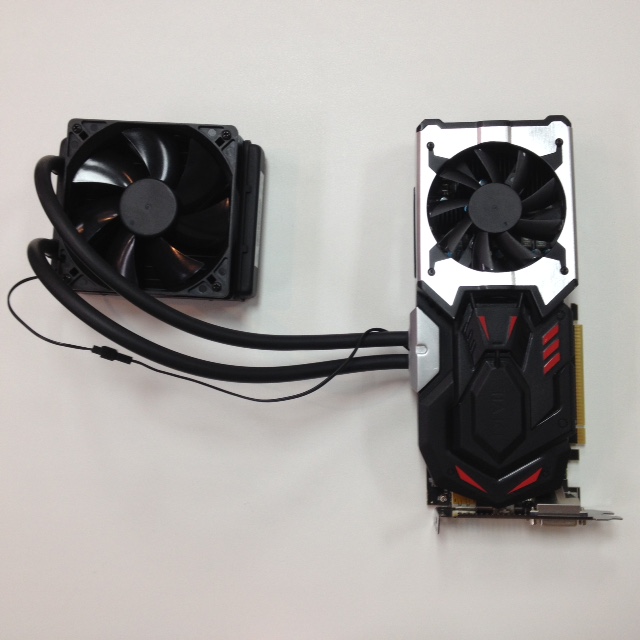 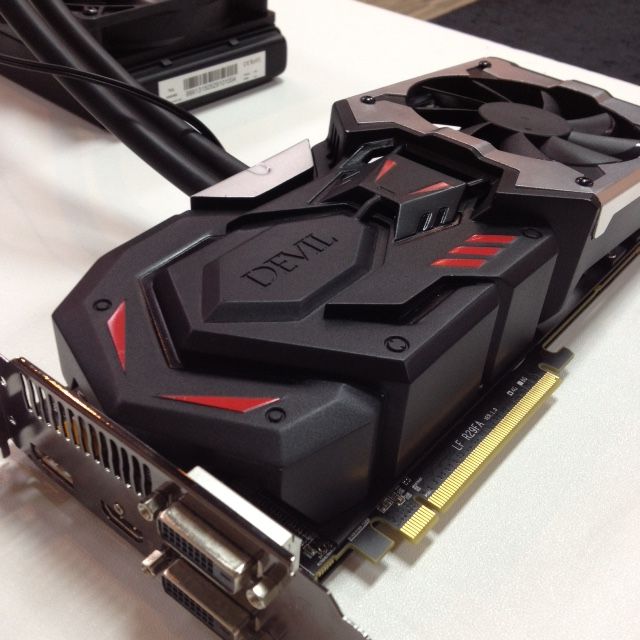 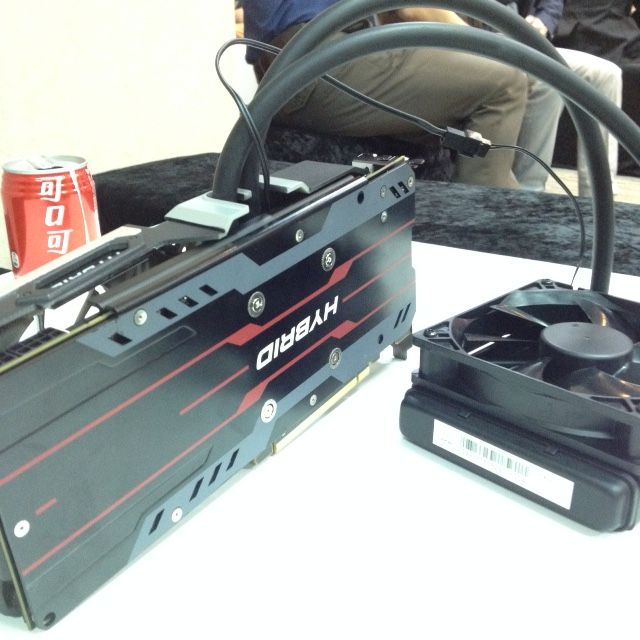 Last modified on 04 June 2015
Rate this item
(2 votes)
Tagged under
More in this category: « MSI teams up with Corsair for GTX 980 Ti Watercooled EVGA unveils the new GTX 980 Ti Classified Kingpin Computex »
back to top