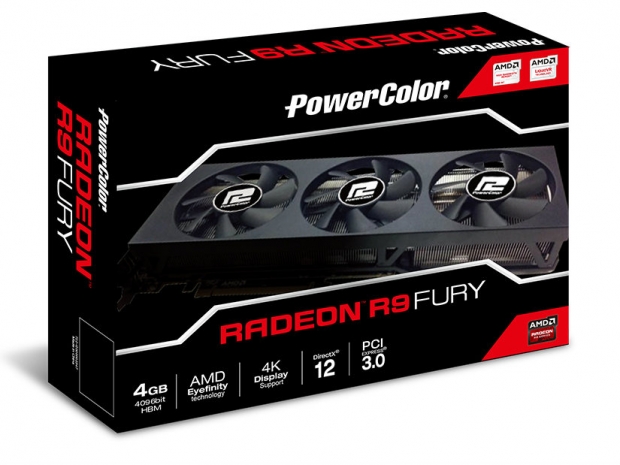 No X and three aircoolers

Everyone was excited about the water-cooled Radeon R9 Fury X, and now it is time for the non-X version.

PowerColor has just announced that it has a new version of the card, called PowerColor R9 FURY 4GB HBM. As the name suggests, the card comes with 4GB High Bandwidth Memory and the memory is clocked at 500MHz (1.0 Gbps), and it has the standard 4096-bit memory interface. The GPU engine is clocked at 1000 MHz and the card measures 198mmx125mmx40mm. 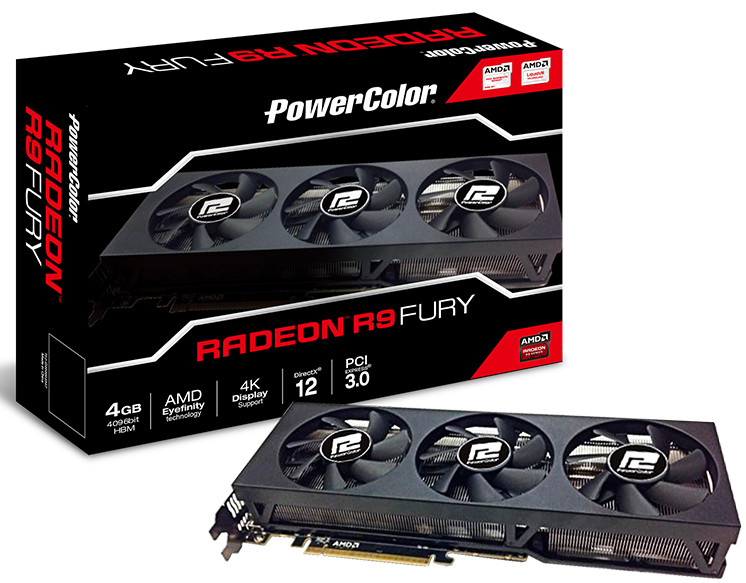 The card comes with an air cooler that features three 90mm fans that cover six 6mm heatpipes. The card is black and it comes with a black plating clip.

You can connect displays using three Display Port outputs and a single HDMI connector. We saw that the card comes with a two-position BIOS toggle switch that will help you overclock easier.

The Radeon Fury supports AMD LiquidVR, DirectX 12, Vulkan APIs, AMD CorssFire, and FreeSync technologies. The company didn’t reveal the price of the card, but it is listed for €599 in Germany. This is slightly cheaper than the Sapphire Radeon Fury offering but not by much, and Sapphire's Radeon R9 Fury Tri-X OC is in stock as we speak, at least in Scan in the UK (£443.88 incl. VAT).

On average Radeon R9 Fury X is selling for about €699 which is not that much higher than what AMD wants for the non-watercooled version of the card.