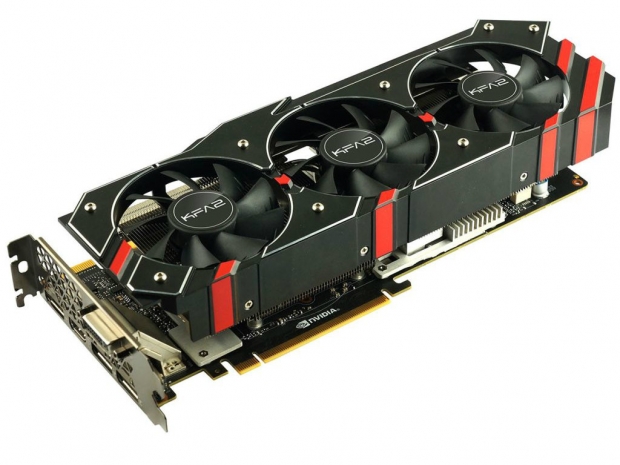 Not really a Galaxy

The company with identity crisis and a need to change its name every few quarters has announced availability of its Geforce GTX 980 Ti Overclocking card.

The GeForce GTX 980 Ti OC card launches under the name Galax company and at some market. It will be known as KFA2 but it is all under the Palit corporation umbrella. It is not really part of  the Galaxy brand, but it is not far off. .

The card comes with a custom triple slot cooling that might not fit every case and is based on the  Nvidia reference PCB design.

What makes the card special is a cooler that features a large aluminium fin-stack heatsink to cool the GPU, and smaller heatsinks over the memory and VRM. Out of the box, the card will offer a 1025 MHz core with 1114 MHz GPU boost clock. The memory remains at an 7 GHz effective GDDR5 clock. The referece cards are clocked at 1000/1076/7012 MHz or just slightly below what the Galax has to offer.

The card comes with a €679.90 price tag for Eurozone countries.