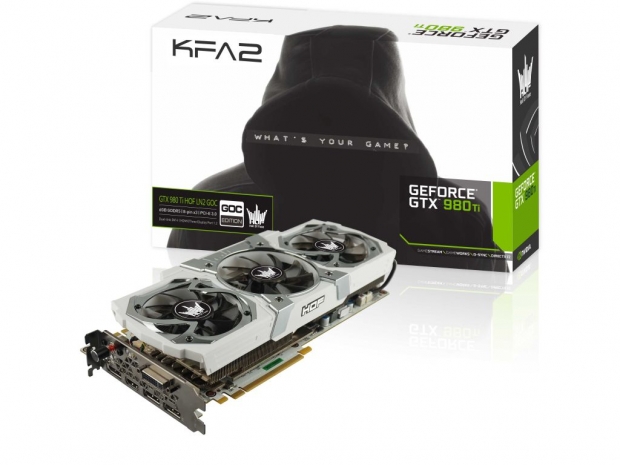 Galax/KFA2, a European brand of Galaxy, has unveiled its newest Geforce GTX 980 Ti graphics card with some rather impressive factory-overclock and high-end custom design.

Based on the recognizable design with white PCB, the Galax/KFA2 claims the world's fastest GTX 980 Ti graphics card with the GTX 980 Ti HOF LN2 GOC Edition, and that just might be the case. Featuring a rather extreme 16+3-phase VRM design powered by three 8-pin PCI-Express power connectors and a 12-layer PCB, as well as IR 3595 digital PWM controller, the Galax/KFA2 Geforce GTX 980 Ti HOF LN2 GOC Edition is certainly aimed at extreme overclockers.

Galax/KFA2 decided to push the new GTX 980 Ti HOF LN2 GOC Edition to 1203MHz base and 1304MHz GPU Boost clocks, which is quite a high setting but the company was also quite keen to note that the card still has plenty of overclocking potential. It also comes with 6GB of GDDR5 memory paired up with a 384-bit memory interface and clocked at 7010MHz.

The high-end design was paired up with what appears to be a triple-slot cooler with three fans.

According to Galax/KFA2, the same graphics card was already used to break some records in some benchmarks like Fire Strike Ultra and Fire Strike Extreme, by Mad TSE and Team KR.

Apparently, there will be a single batch of the Galax GTX 980 Ti HOF LN2 GOC Edition and will be available for a limited time only. It should cost around US $999 in the US and €999 in Europe. 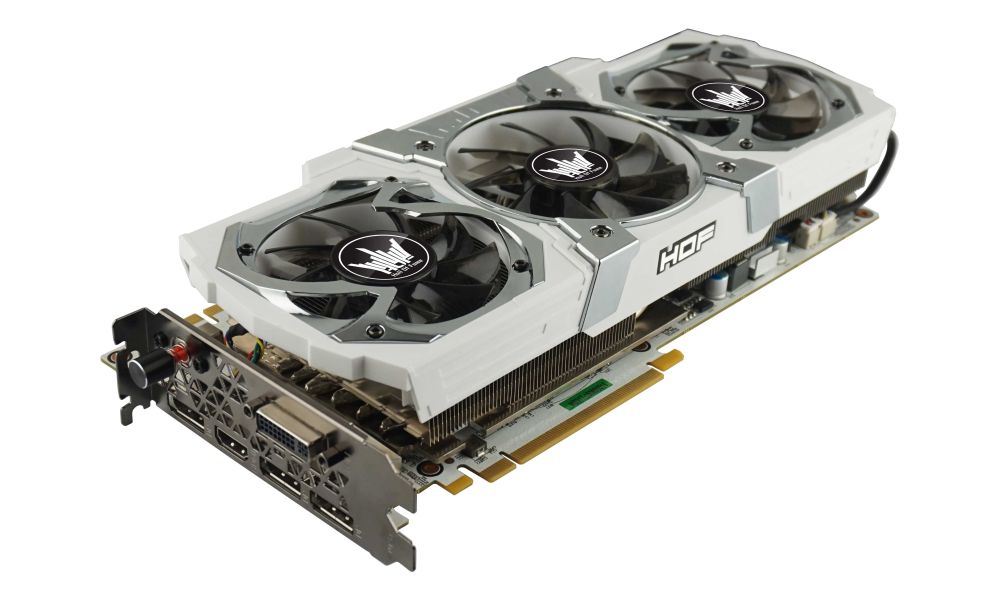 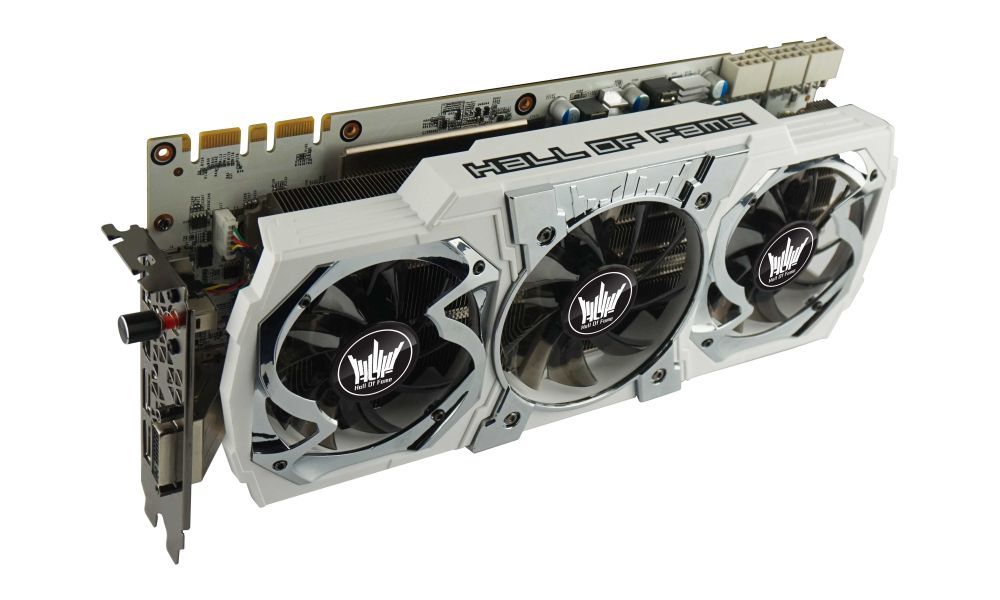 Last modified on 18 September 2015
Rate this item
(2 votes)
Tagged under
More in this category: « Linux Vulkan will be closed source XFX working on liquid-cooled R9 Fury »
back to top