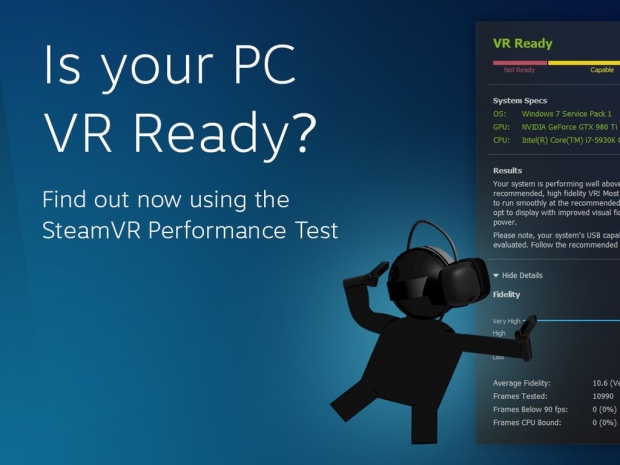 Test if your PC is VR-ready

Valve has released a free benchmark on Steam that is not meant for virtual reality headsets but rather tests the performance of your system and check if it can handle SteamVR and virtual reality, the SteamVR Performance Test benchmark.

The benchmark is based on a two-minute sequence from Valve's Aperture Robot Repair VR demo and checks if the system is capable of running VR at 90 FPS. It also checks if virtual reality content "can tune the visual fidelity up to the recommended level," according to the description on the Steam page.

The test actually provides three levels of results, "Not ready", "Capable" and "Ready", depending on the final score of your system and suggests which component is the actual bottleneck and should be upgraded if you are looking to get a VR-ready system.

You can find and download Valve's new SteamVR Performance Test benchmark over at Steam. 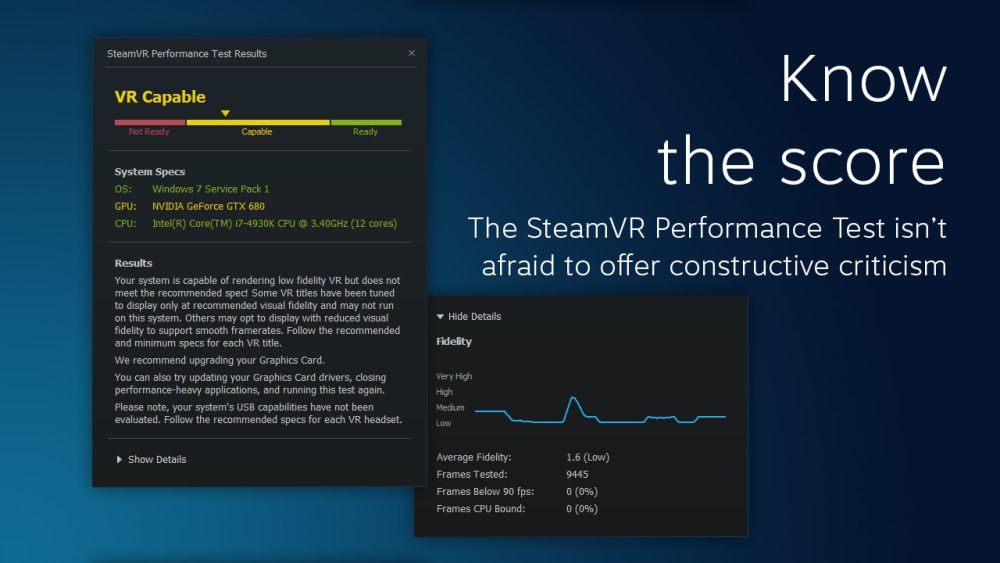 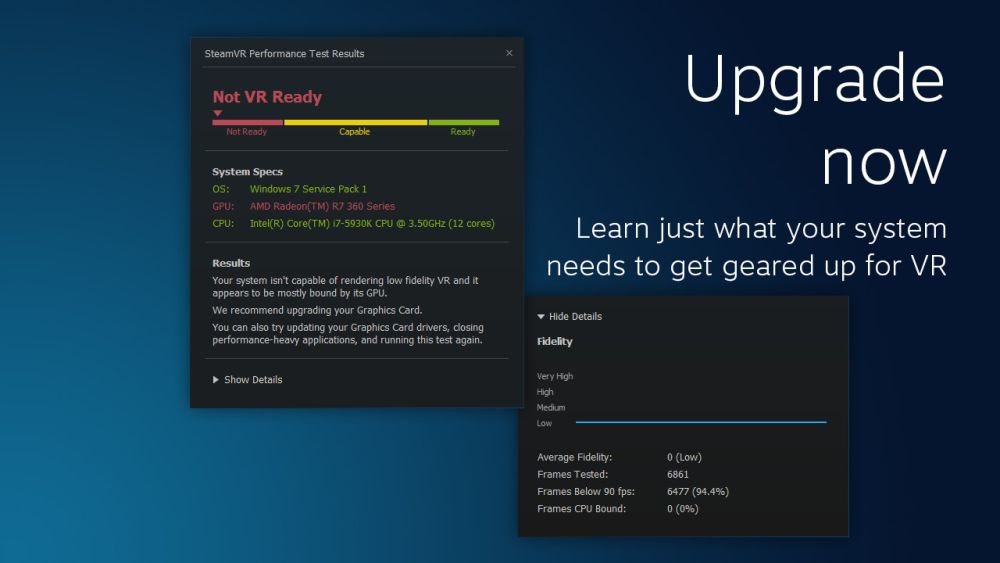 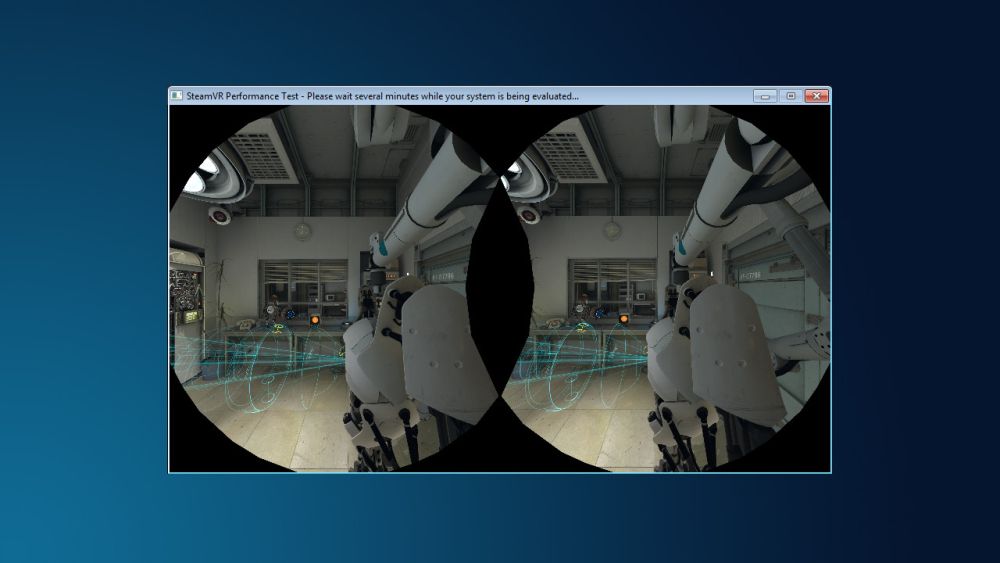 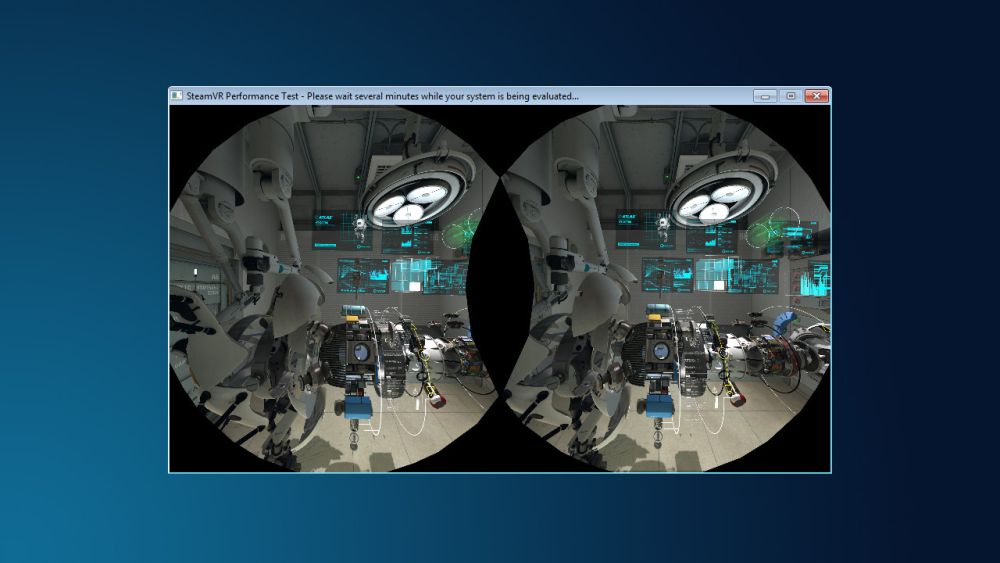 Rate this item
(3 votes)
Tagged under
More in this category: « AMD's Roy Taylor teases R9 Fury X2 system for developers Nvidia lifts the lid on Iray Server »
back to top