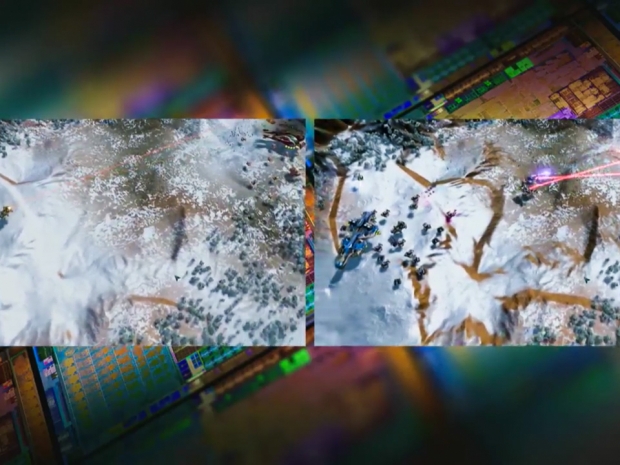 May be an optimization issue

On Tuesday, AMD unveiled Radeon RX 480, the first graphics card in its tenth-generation Radeon lineup, based on 14nm FinFET Polaris architecture, and already some critics have claimed that some aspects of the benchmark are not giving an accurate presentation of CrossFireX performance when tested against Nvidia's high-end Geforce GTX 1080.

During AMD's product demonstration on stage at its Computex 2016 launch event, some noticeable differences could be distinguished between the texture quality of the Radeon RX 480 CrossFire demo and the single Geforce GTX 1080 demo. As many have noted, Ashes of the Singularity is a DirectX 12 strategy game that uses procedural generation for rendering textures, along with dynamic game character unit composition depending on the map situation. These rendering features will prevent any two running instances of the game from ever being identical. 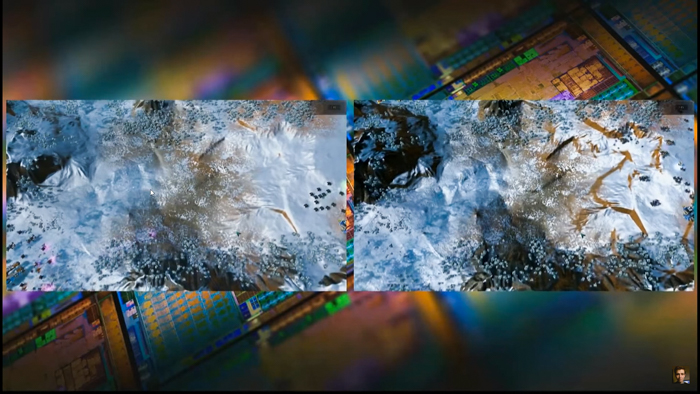 In the Radeon RX 480 CrossFire demo (left), there is more snow being rendered, but also a decrease in chasm detail in the mountain range and the textures seem a bit washed out. The plateau on top of the mountain also lacks any substantive rock texture, while the Geforce GTX 1080 demo (right) shows a thin layer of snow that still conveys the depth of the mountain formation underneath. 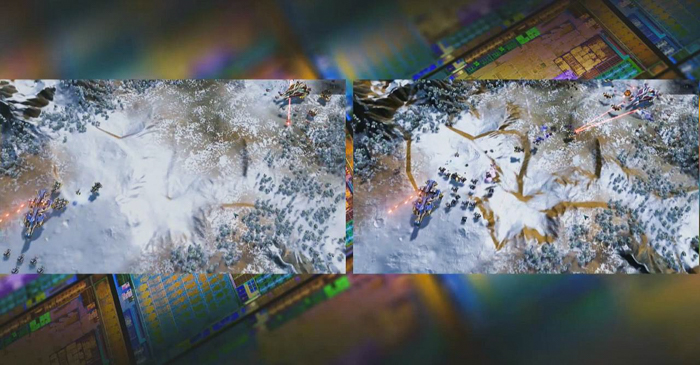 Some users on Reddit have recently started a conversation about the difference between textures between the two images.

These particular scenes were one of AMD's major highlights in its Polaris introduction rbeginning with the Radeon RX 480, and how consumers could expect it to compare with Nvidia in terms of price-to-performance. "The one on the right is the $700 dollar solution," said Raja Koduri, AMD chief graphics director, as he praised the company's accomplishment to achieve greater-than Geforce GTX 1080 performance at a price point over $200 dollars lower. But for a company to make an apples-to-apples comparison using a procedurally rendered game environment with two fundamentally different ways of processing GPU tasks (physics, lighting, post-processing, etc.) will not go without some concern from key software development community figures at the least.

Regardless, we are thankful that AMD's responses have shown to be transparent and cooperative so far during a few short email conversations on the matter. 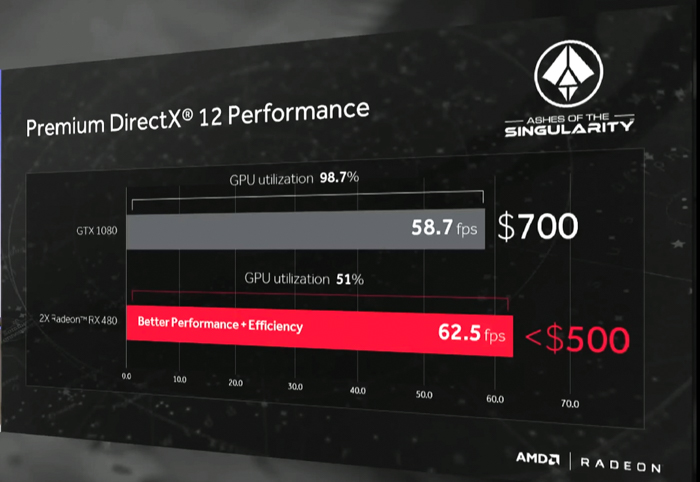 The bigger investigation into quality-to-performance can be found in the differences between GPU utilization across both test setups. Two Radeon RX 480s in CrossFire can render the game using only 51 percent utilization, while a Geforce GTX 1080 requires nearly full load. 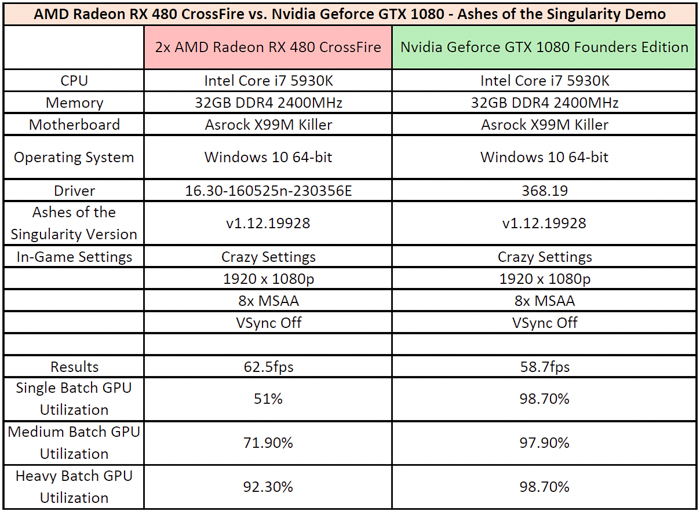 Whatever the case may be, there is a full montage of comparison screenshots from the on-stage demonstration that can be found here.

Ashes of the Singularity was the first publicly available DirectX 12 title and is a real-time strategy game set in an alternate future. The game uses procedural generation for rendering textures, along with unit composition for character groupings. It is also the first game to make extensive use of Asynchronous Computing. To explain this concept in basic terms, instead of a GPU being forced to execute a single queue of commands in pre-determined order, a GPU with Asynchronous Compute can now take tasks from different queues and schedule them independently on its own watch. This can give GPUs some basic out-of-order control over prioritizing operations that only take 10ns to complete versus those that take 10,000ns, for example. The folks at ExtremeTech have a more detailed article explaining AMD's Asynchronous Compute Engines (ACEs) which can be found here.

The game also supports a new DirectX 12 API feature called "Explicit Multi-Adapter," or the ability to pair graphics cards of varying manufacturers together, including those from AMD and Nvidia. For this to work, CrossFire or SLI must be disabled. Several news sites have already benchmarked the new DirectX 12 EMA mode and have found performance scaling up to 70 percent with a second asymmetrical card. 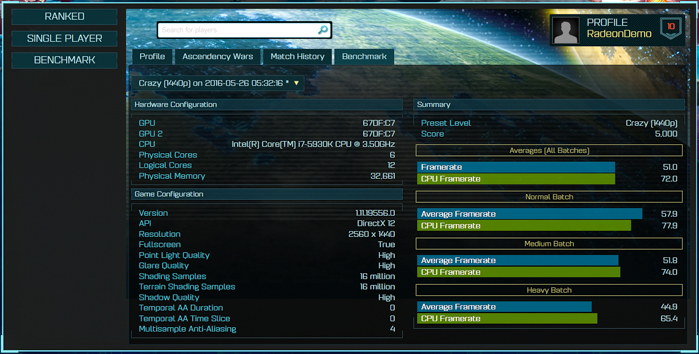 So far, one AMD official has encouraged us to reach out to Stardock to confirm which scene is more aligned with the developer's "intended visuals and rendering results."

Last modified on 03 June 2016
Rate this item
(29 votes)
Tagged under
More in this category: « Panasonic surrenders LCD screen making to Sharp EVGA shows off Geforce GTX 1080 Classified and Hybrid cards »
back to top