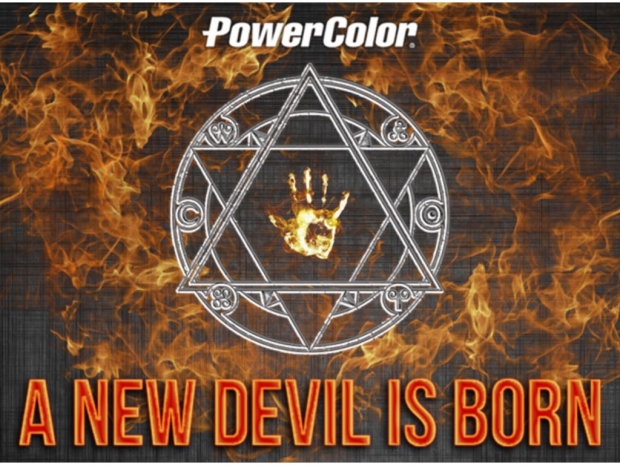 Coming in week of July 11th

Powercolor has announced a new competition which is also a teaser for the new Devil series graphics card, the Radeon RX 480 Devil.

It is obvious that Powercolor can't disclose any details about the new Devil RX 480, and even does not mention it anywhere, we are quite sure that this will be one of the highest clocked RX 480 on the market and will probably feature a high-end cooling solution. Powercolor has decided that the best way to promote its new Devil series graphics card is to hold a giveaway for it.

The last Devil series graphics card from Powercolor was the R9 390X which came with a special hybrid liquid+air cooler so we are sure that Devil RX 480 will be interesting as well.

While we do not have any information regarding the Devil RX 480, we think that we have stumbled upon a relaease date for it in the terms and conditions of the giveaway. As the competition ends during the week of July 11th, so the Devil RX 480 will be offically announced on that date as well and will be probably available at that date. This date is just over a week from the RX 480 official launch date which is great since earlier rumors suggested that custom RX 480 could come later in July.

Hopefully, we will be able to find out more about Powercolor's flagship and special edition RX 480 soon so stay tuned.