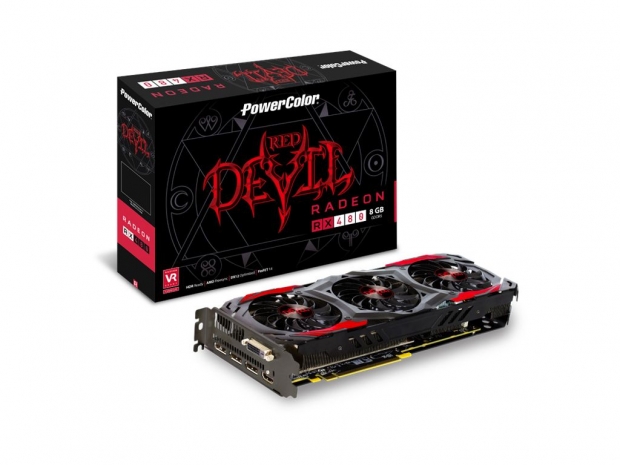 Powercolor has now officially unveiled its fully-custom Radeon RX 480 graphics card that will bear the mark of its Devil series, the Powercolor Red Devil RX 480.

Featuring a custom PCB with beefier 6+1-phase VRM, drawing power from a single 8-pin PCIe power connector, the new Powercolor RX 480 Red Devil should have no problems with PCIe power draw as each phase providing 25W, and thus giving the card even higher overclocking potential.

In case you missed it, AMD's Radeon RX 480 is based on AMD's new 14nm Polaris 10 GPU and packs 2304 Stream Processors as well as come with 4GB or 8GB of GDDR5 memory on a 256-bit memory interface. The Powercolor RX 480 Red Devil comes with 8GB of GDDR5 memory clocked at 2000MHz (8.0GHz effective) while the GPU comes with a factory-overclock, pushing it to 1330MHZ.

Powercolor also slightly changed the display output configuration and added a DVI-D output, in addition to three DisplayPort and single HDMI output. The new RX 480 Red Devil also coms with a BIOS switch with Ultra Overclock or Silent Overclock profiles. We are still not sure how these change the clock settings but hopefully a review or two will shed more light on it. 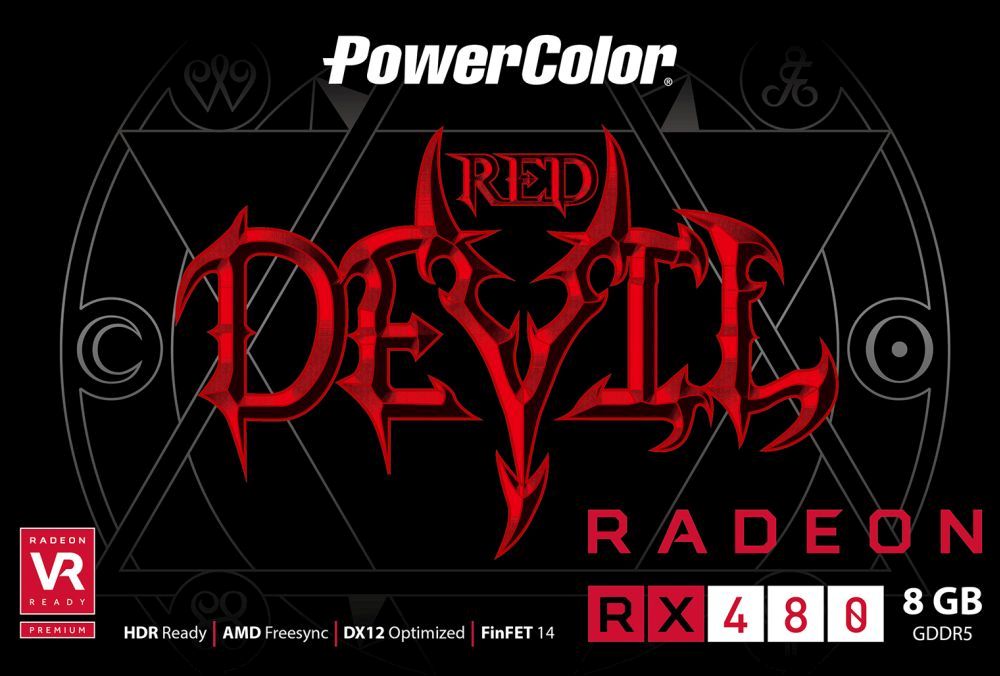 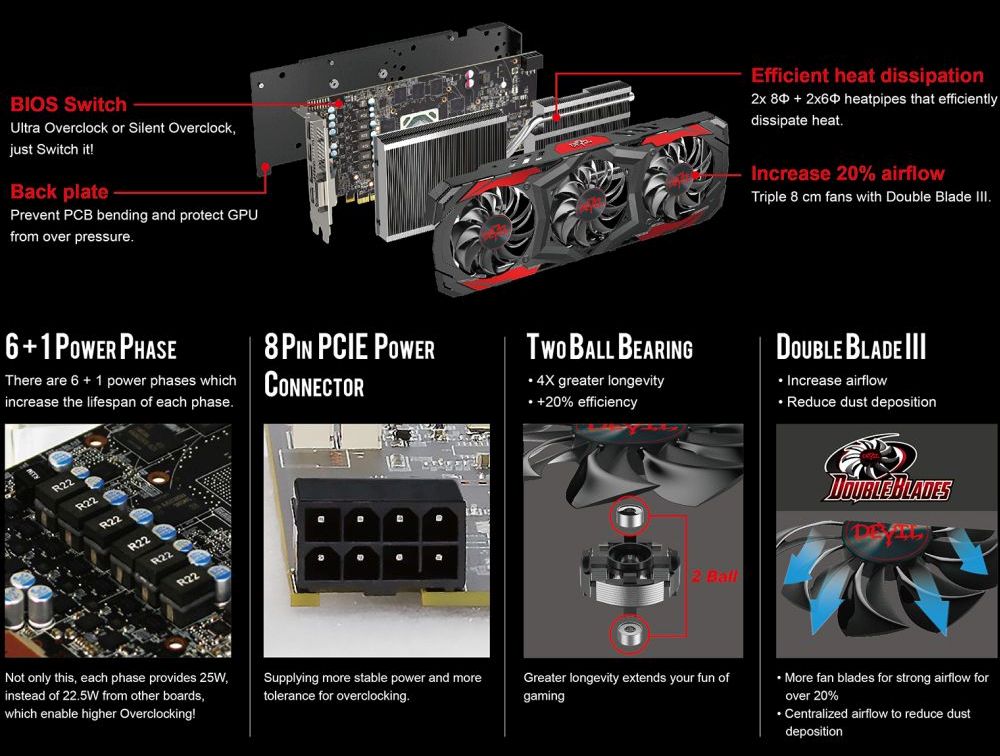 Last modified on 21 July 2016
Rate this item
(16 votes)
Tagged under
More in this category: « Plenty of Geforce GTX 1060s available in Europe AMD rolls out WHQL-certified 16.7.2 drivers »
back to top