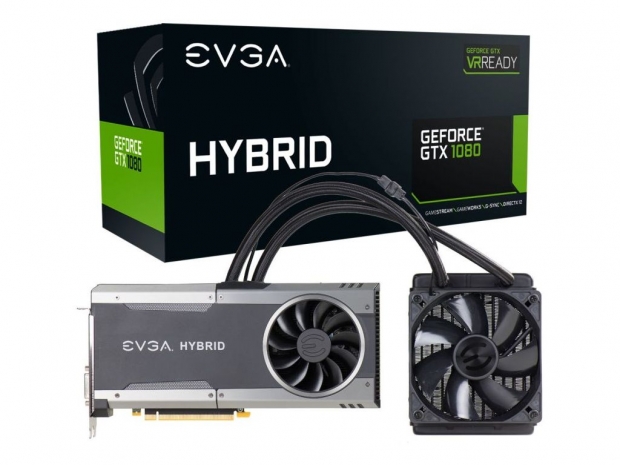 EVGA has now officially made its Geforce GTX 1080 Hybrid available, listing it at its own webshop with a price set at US $729.99 or $730 as we at Fudzilla describe it.

We have already seen the EVGA GTX 1080 Hybrid teased earlier and this is the last GTX 1080 in EVGA's lineup, unless EVGA decides to make a K|NGP|N Edition.

The  EVGA GTX 1080 FTW Hybrid Gaming graphics card is based on almost the same PCB as the flagship GTX 1080 Classified version, featuring a slightly weaker 10+2 VRM, drawing power from 8+8-pin PCIe power connectors, and working at the same 1721MHz base and 1860MHz GPU Boost clocks.

The weaker VRM and lower 215W maximum power draw means that the GTX 1080 Hybrid could have a lower overclocking potential but, after all, Classified was created for extreme overclocking and its ACX 3.0 cooler usually gets replaced with an LN2 pot.

What makes the EVGA GTX 1080 Hybrid special, we think, is its hybrid cooler, with a standard blower-style air cooler, which cools down the VRM and the memory as well as an all-in-one liquid cooling thing with a 120mm radiator and a copper based water block, intended to cool down the GPU. According to EVGA, the GPU could be around 20 to 30 degrees cooler under load, compared to the reference coolers, and the complete system should be significantly quieter.

As noted, the EVGA GTX 1080 FTW Hybrid Gaming is currently listed at both the US EVGA webshop for US $729.99 as well as the European EVGA webshop for €819. Hopefully, it will become available soon. 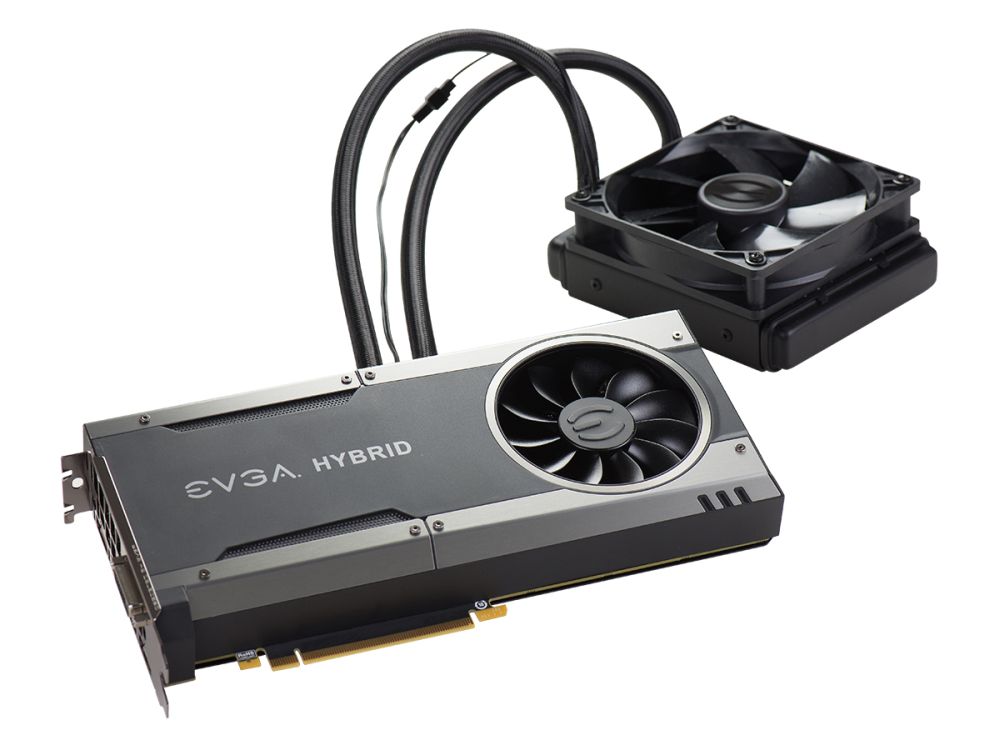