Radeon RX480 gets you Battlefield 1 cheaper 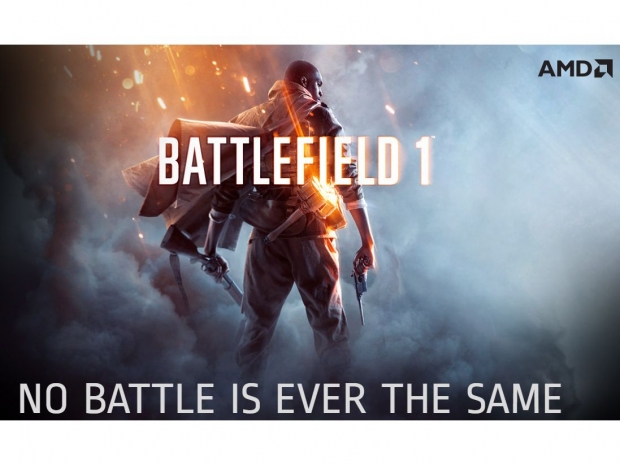 Deluxe with early access for the price of standard

AMD is moving from the long tradition of bundling the Battlefield games but with the purchase of  Radeon RX480 cards or Radeon RX480 based PCs it will get you the deluxe version of the game for the price of the standard version.

With the launch of AMD Hawaii Radeon Rx 200 series in late 2013, AMD  offered to bundle  Battlefield 4 with the card. This promotion worked really well, but it also cost a few million, $5 million to $8 million to be precise.

It seems that these days are over as the Battlefield 1 exclusive bundle  costs an arm and a leg but AMD has again offered to give you a Battlefield 1 Early Enlister Deluxe Edition for the price of the Standard edition.

The promotion started yesterday, September 13th and will be valid all the way to October 18th, or while  supplies last.

If you buy a RX480 card from  a qualified system integrator  before October 18th, you will get the chance to play the game three days earlier. This is what Battlefield 1 early enlister Deluxe edition gets you. The early access period starts on October 18, 2016 and ends on October 21, 2016. The pack also includes The Hellfighter, Red Baron and Lawrence of Arabia packs, 3 Vehicle Skins and 5x Battlepacks. The promotion also covers the Battlefield 1 Deluxe Edition. 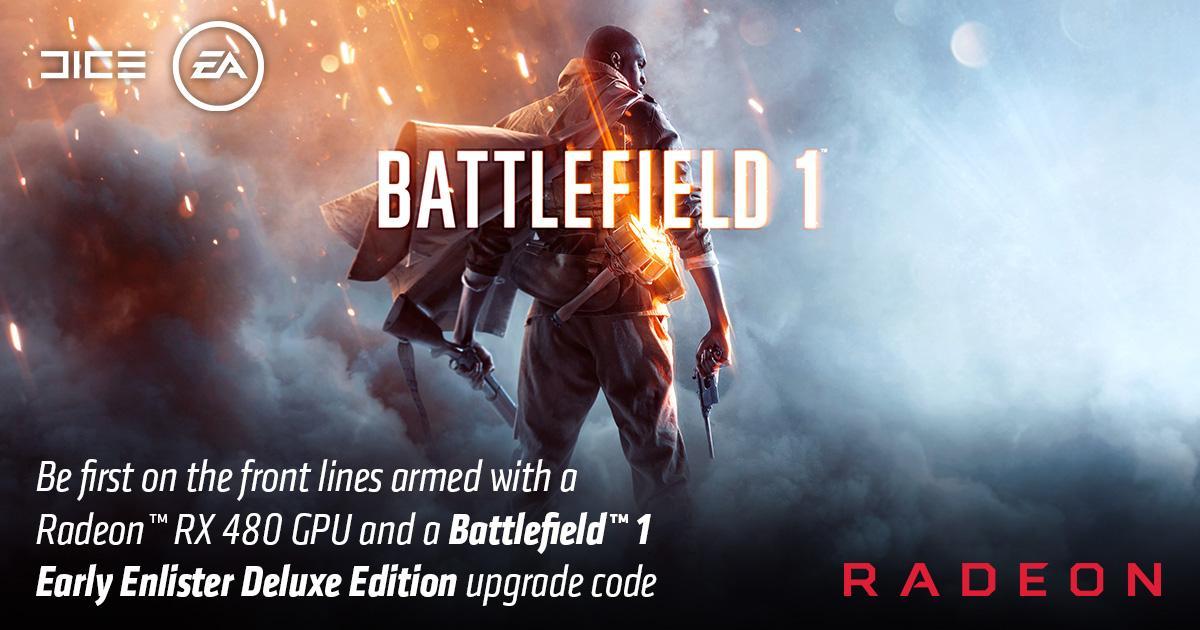 Overclockers in the UK is part of the promotion as are similar stores across the globe, so if you want to get Radeon RX 480 and want the game, the bundle makes it a bit easier to justify.

Last modified on 14 September 2016
Rate this item
(0 votes)
Tagged under
More in this category: « Samsung in talks for graphics tech from Nvidia and AMD MSI and EKWB team up for GTX 1080 30th Anniversary »
back to top