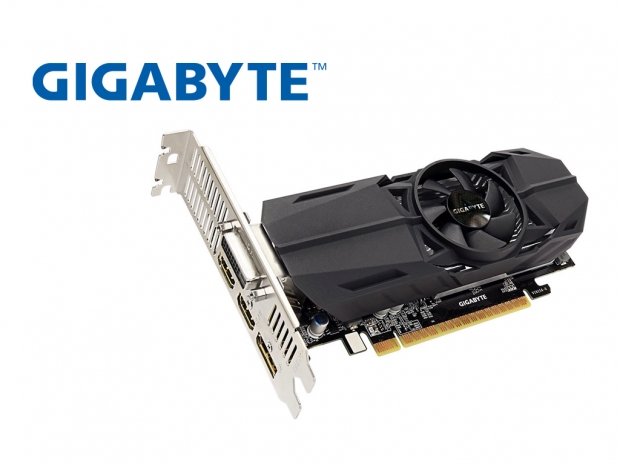 Gigabyte has unveiled its newest Geforce GTX 1050 Ti and GTX 1050 graphics cards with a low-profile design that will be perfect for small form factor (SFF) and HTPC systems.

Using a standard PCB design with half-height 16.7cm long PCB, both the new GTX 1050 Ti and the new GTX 1050 from Gigabyte will have a dual-slot cooler with a single fan placed above the GPU heatsink.

In case you missed it earlier, the GTX 1050 Ti and GTX 1050 are based on the same 14nm GP107 Pascal GPU with two graphics processing clusters (GPCs). The GTX 1050 Ti packs 6 streaming multiprocessors for 768 CUDA cores, 48 TMUs and 32 ROPs while the GTX 1050 has five streaming multiprocessors and ends up to 640 CUDA cores, 40 TMUs and 32 ROPs. Both cards usually come with either 2GB or 4GB of GDDR5 memory with a 128-bit memory interface.

As it was the case with most GTX 1050 series graphics cards on the market, these two new graphics cards from Gigabyte won't need additional power and come with two HDMI 2.0b, single DVI aand single DisplayPort 1.4 outputs.

Unfortunately, Gigabyte did not provide any details regarding the price or the availability date. 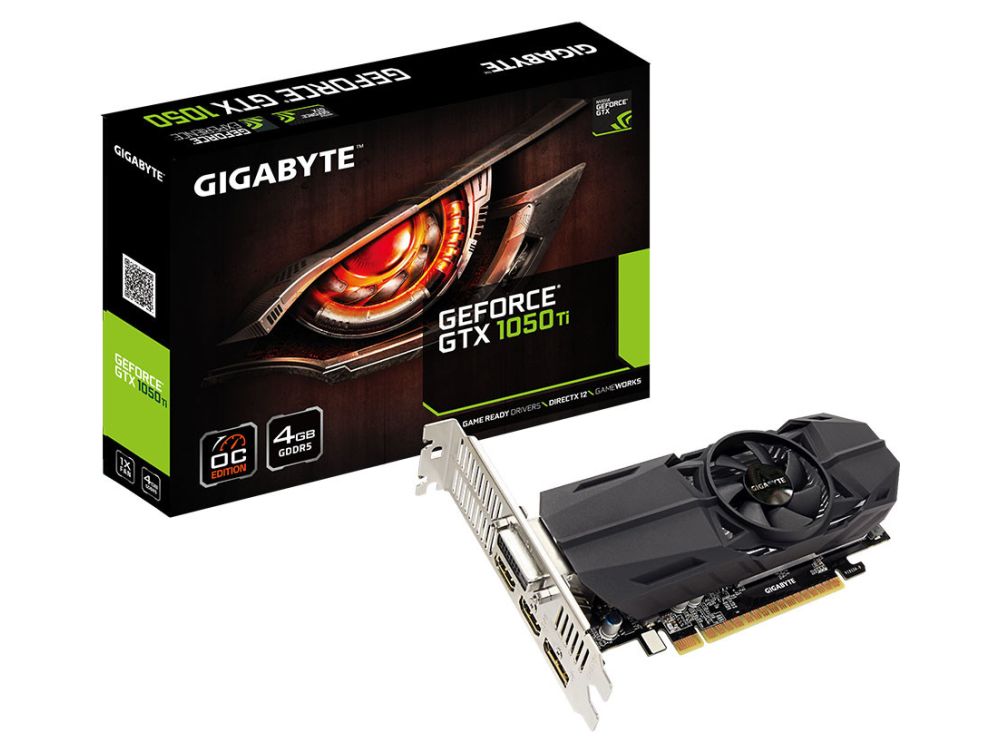 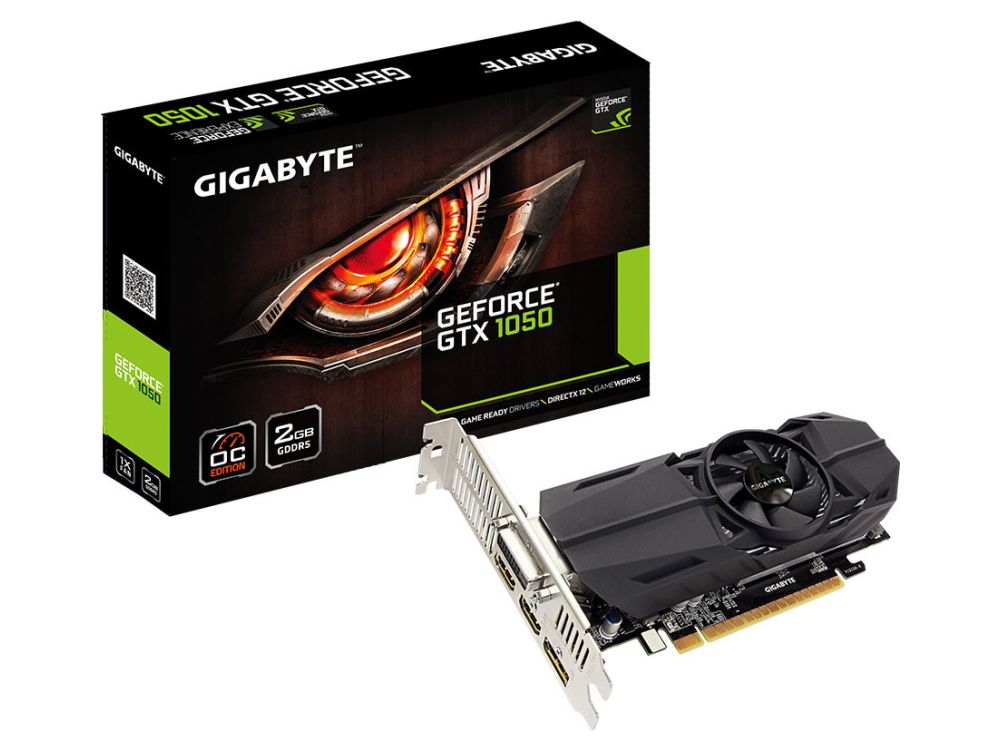