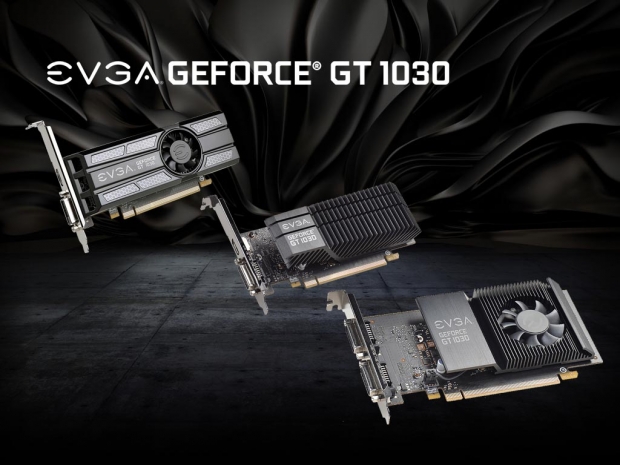 Including two low-profile and one single-slot

Following Nvidia's launch of the new GP108-based Geforce GT 1030 graphics card, EVGA has unveiled its offering in the form of three versions, all of which come with 2GB of GDDR5 memory.

The two low-profile graphics cards from EVGA, EVGA GeForce GT 1030 SC Low Profile and the EVGA GeForce GT 1030 SC Passive Low Profile, use a low profile PCB and come bundled with a low profile bracket, in case you want to stuff them in a small HTPC PC case. Both of them also feature DVI-D and HDMI outputs. The standard low-profile version is cooled by a small fan and heatsink while the Passive version has a somewhat thicker heatsink, but both take 1.5-slots.

The odd, but certainly an interesting member, is the EVGA GeForce GT 1030 SC Single Slot, which uses a full-size PCB and is also cooled by a heatsink+fan combination. What makes this one interesting is the fact that it uses a single-slot, which should appeal to some users as well. The Single Slot version comes with two DVI-D display outputs.

Currently, EVGA only lists the standard low-profile version for US $79.99 with an instant rebate of US $5, leaving it at US $74.99. The other two versions are "coming soon". 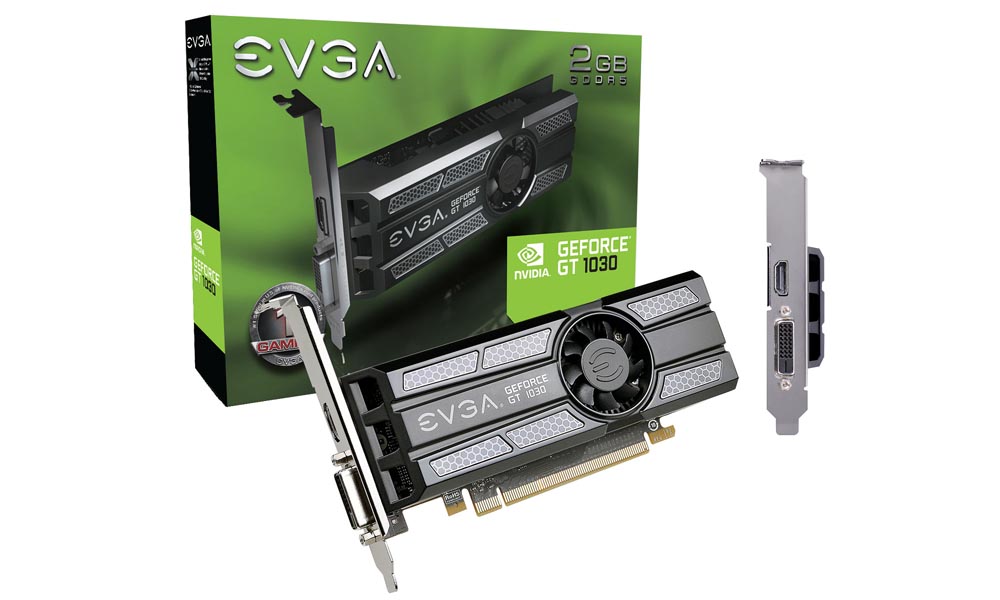 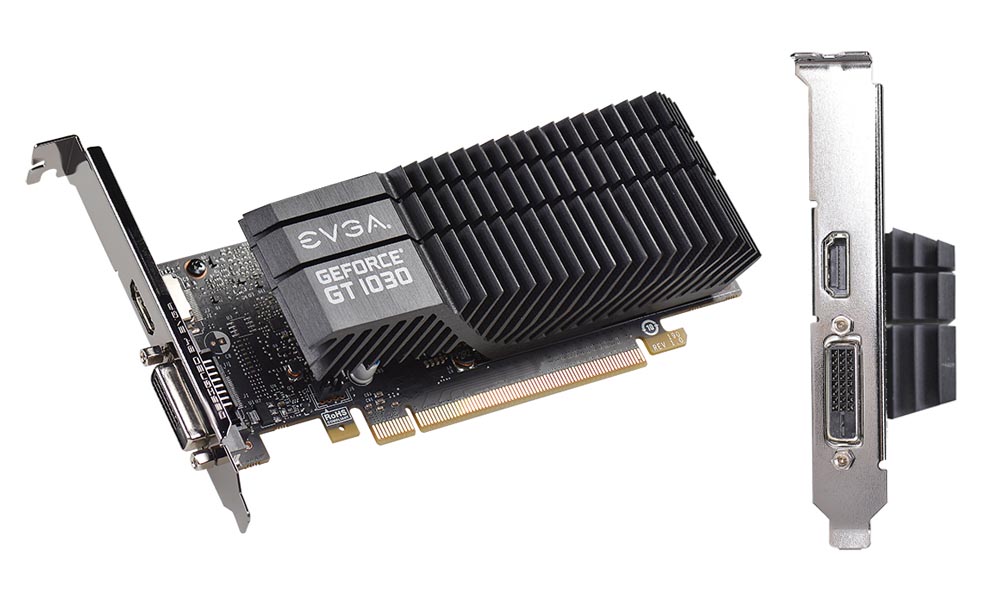 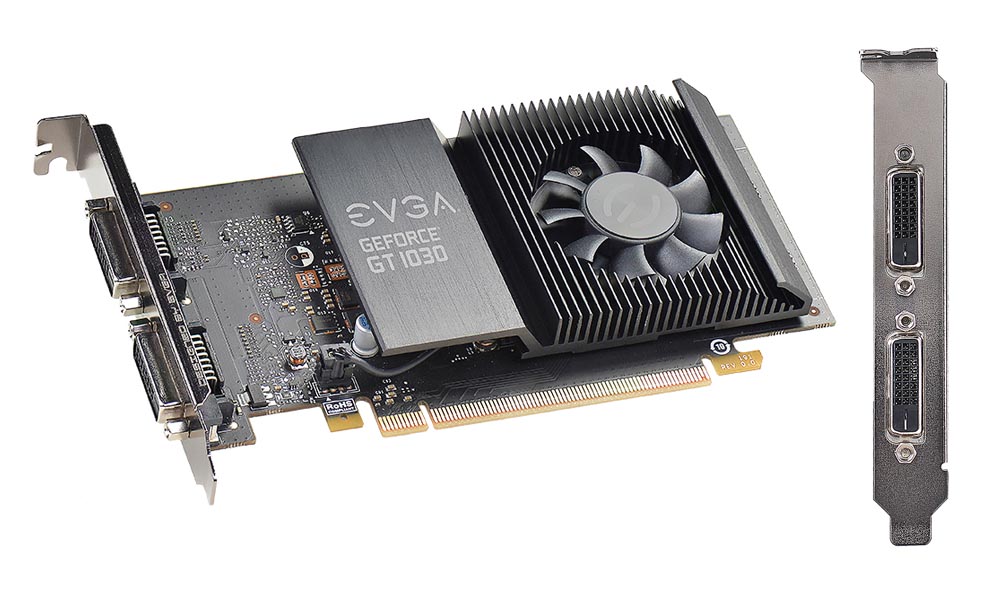 Last modified on 17 May 2017
Rate this item
(0 votes)
Tagged under
More in this category: « AMD shows off Radeon Vega Frontier Edition Daydream standalone VR by Qualcomm »
back to top