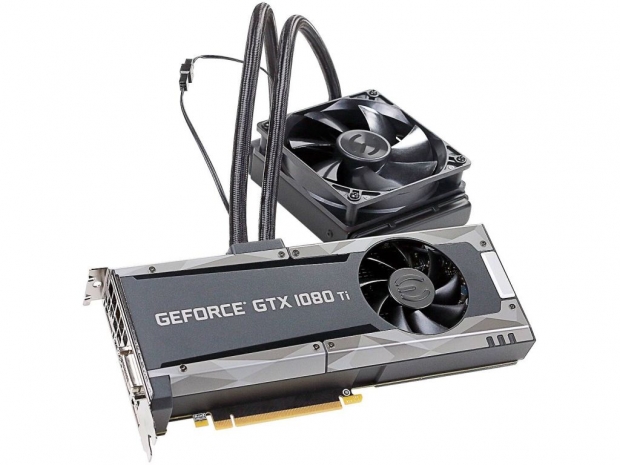 EVGA's GTX 1080 Ti Hybrid was announced a while back and those waiting for it might want to know that the same graphics card should be available on July 10th.

According to a Tweet coming from EVGA's Product Manager, Jacob Freeman, the FTW3 version of the GTX 1080 Ti Hybrid should be coming on July 10th, although it might be limited to EVGA's own webshop.

In case you missed it, the Hybrid version, unlike the Hydro version, comes with an Asetek AiO cooler with GPU block combined with a standard dual-slot blower fan, which takes care of the VRM and memory cooling. This makes the Hybrid liquid cooled versions usable without the full liquid cooling system as well as enabled EVGA to include a higher factory overclock, compared to standard air-cooled versions.

Unfortunately, the GTX 1080 Ti Hybrid FTW3 is still not listed on EVGA's website but we will surely keep an eye out for it. 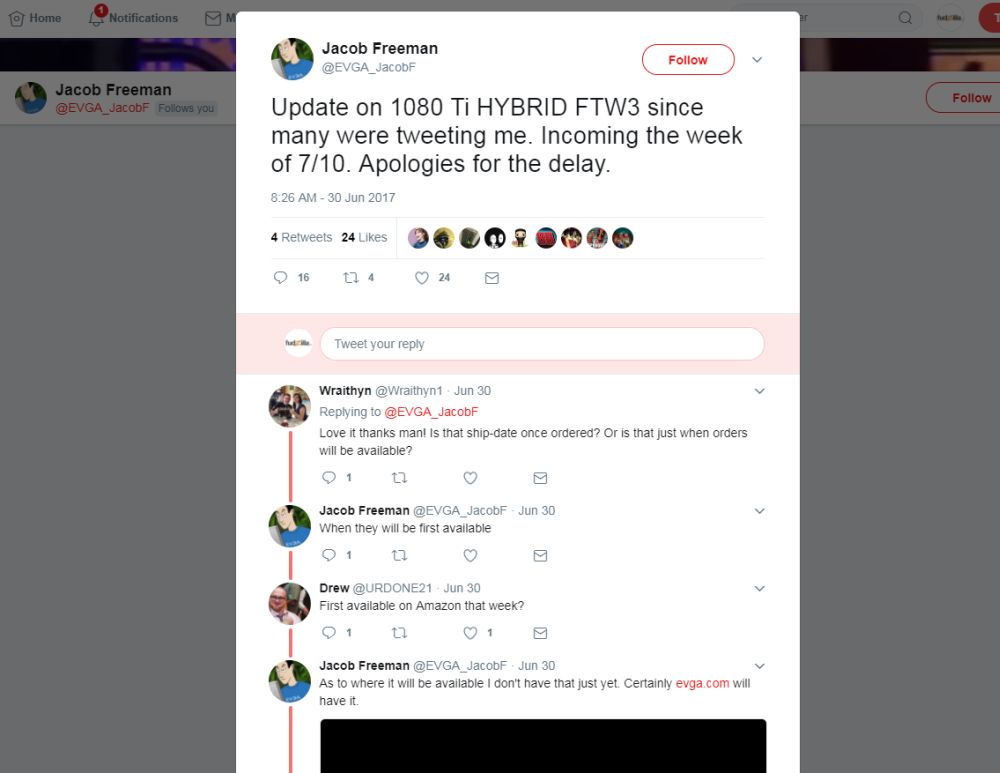