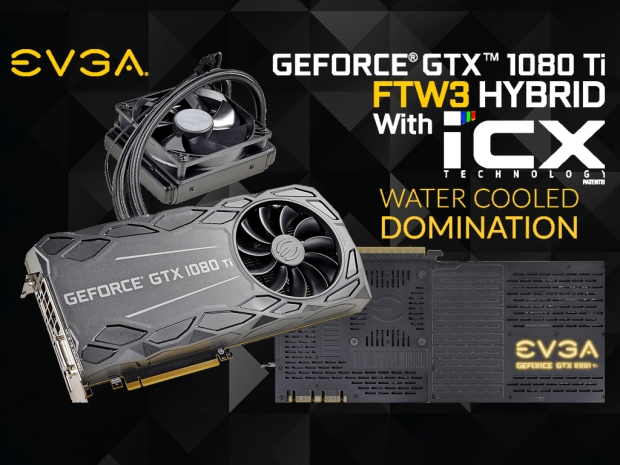 Just as the company's Product Manager, Jacob Freeman, promised earlier, the EVGA GTX 1080 Ti FTW3 Hybrid is now officially available from EVGA's own webshop. The GTX 1080 Ti FTW3 Hybrid, unlike the Hydro versions, comes with a hybrid cooler which combines the iCX dual fan air cooler with an AiO liquid cooler from Asetek. The liquid cooler takes care of the GPU while the air cooler cools down the VRM, memory and the rest of the components, all of which have dedicated heatsinks.

The AiO liquid cooler from Asetek uses a GPU block connected to a 120mm radiator. The air cooling part is EVGA's own iCX cooler which has nine thermal sensors and multiple MCUs, which allows precise control for both the liquid and air cooling part of the cooler via EVGA Precision XOC software.

As expected, the EVGA GTX 1080 Ti FTW3 Hybrid uses the same PCB and comes with the same factory overclock as most of the high-end GTX 1080 Ti graphics cards from EVGA. The GPU works at 1556MHz GPU base and 1670MHz GPU Boost clocks while 11GB of GDDR5X memory runs at standard 11Gbps.

As is always the case, such high factory-overclock and premium components also come with a high price tag so the GTX 1080 Ti FTW3 Hybrid Gaming is currently selling at EVGA's webshop for US $849.99. 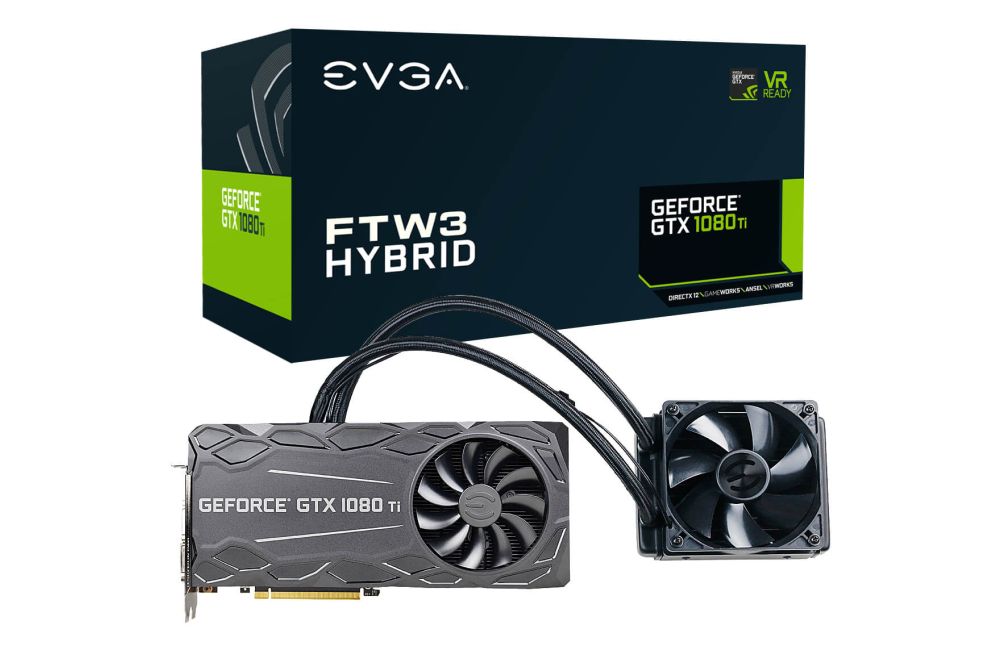 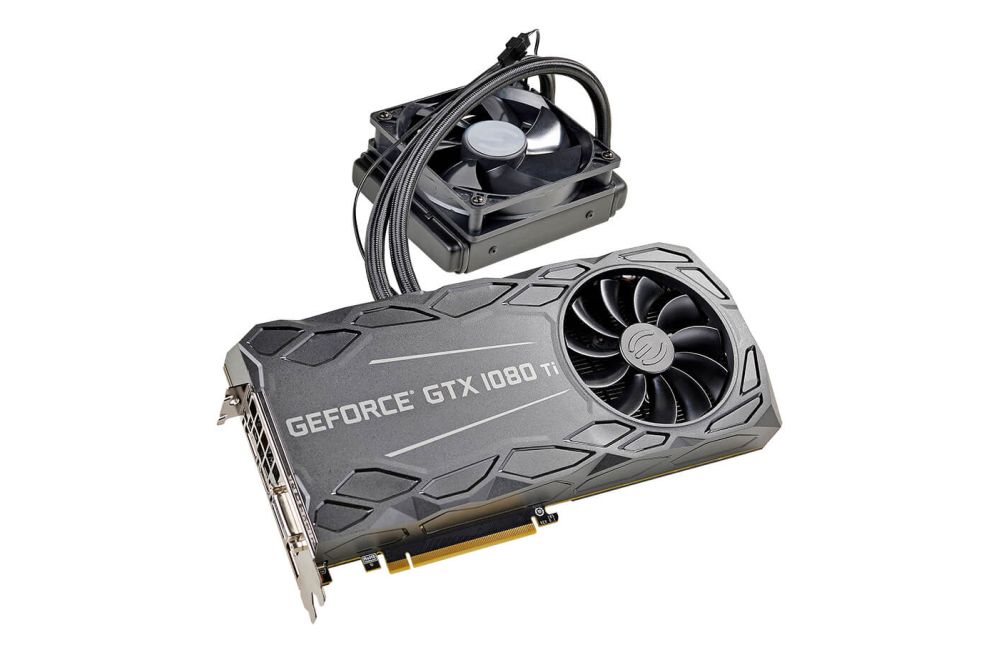