Navi to have AI specific circuits 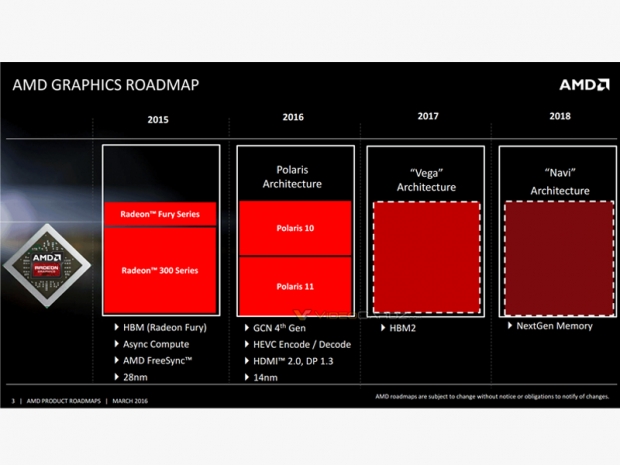 All eyes are on the Vega that is supposed to launch early next week, but we would not be Fudzilla unless we were able to get something about the next one down the line.

Well-placed sources have confirmed that Navi, the next generation 7nm GPU core will have some dedicated Artificial intelligence circuitry. Nvidia has Tensor cores built in Volta V100, AI chip, and some sort of optimization and circuitry is coming to the next generation RTG GPU too.

You have to realize that it takes close to four years to finish up a chip and you have to lock down the design at some point. Vega, just like any modern GPU, runs AI algorithms just fine, but it can be compared to the Pascal generation rather than Volta. 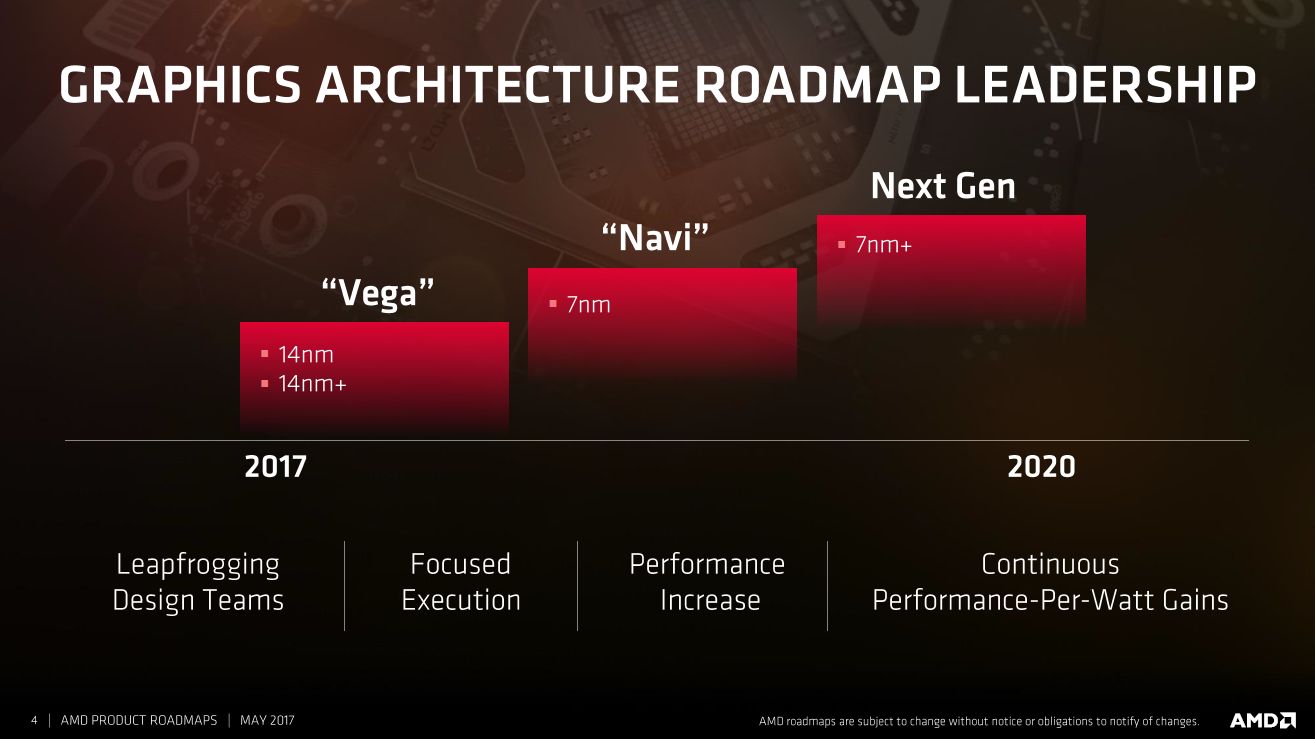 The 7nm will not be an easy transition but shrinking the transistor size will help companies make the chips with even more transistors, that is equal to more performance per watt. Oversimplified, this is how the game works.

AMD is definitely investing a lot of engineering efforts to catch up in the artificial intelligence and machine learning arenas and this is definitely the direction where the company will go. There is enough room for more than one player and AMD is in a good position as it has both CPU and GPU, while Nvidia has GPU and Intel has CPU onlyNavi is 7nm and comes in the future, let's hope as soon as the second half of 2018.

Last modified on 11 August 2017
Rate this item
(0 votes)
Tagged under
More in this category: « Qualcomm VP of Adreno talks AR and XR Nvidia has record Q2 quarter »
back to top