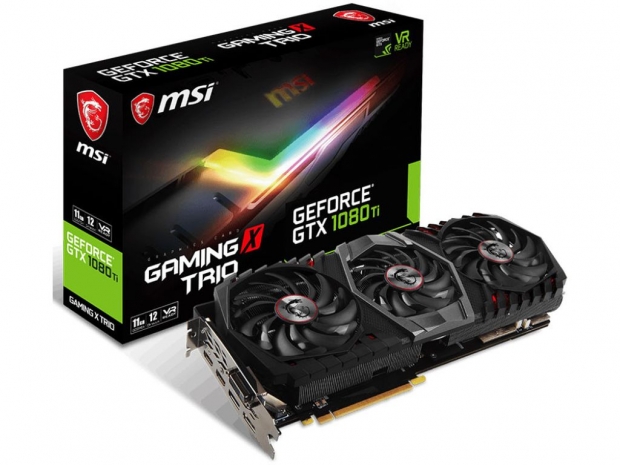 With a triple-fan cooler

The series also features the improved Tri-Frozr cooler design with two 8mm heatpipes, two 10cm and one 9cm TORX 2.0 fans, which apparently combine the advantages of both the traditional and dispersion fan blade.

There are three LED zones on the new GTX 1080 Ti Gaming Trio series, including the shroud and the backplate, all which can be individually controlled via MSI's Mystic Light software.

According to MSI, both versions should be available in November. Unfortunately, MSI did not reveal any details regarding the price. 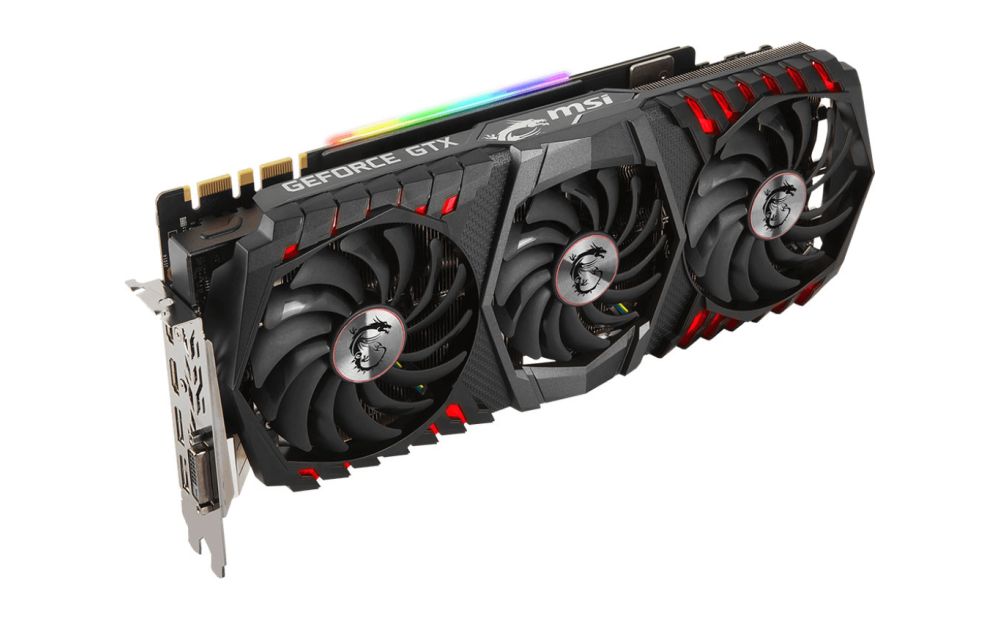