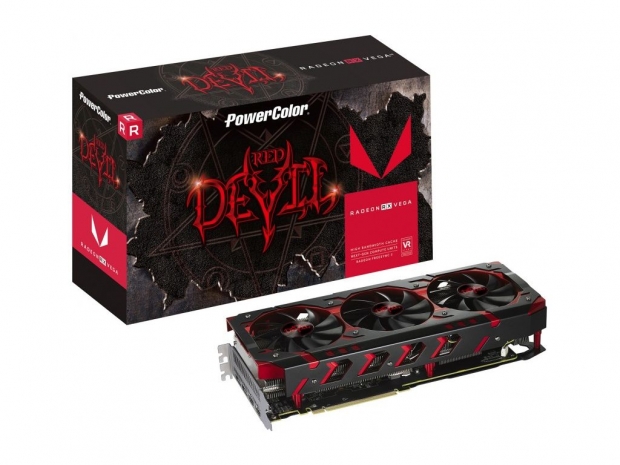 Just a few days after it was officially "teased", Powercolor's custom RX Vega 64 Red Devil has been spotted for pre-order over at Overclockers e-tailer in the UK, with a rather steep £589.99 price tag.

In addition to the price tag, the pre-order listing at Overclockers.co.uk also reveals a few more details, showing a GPU Boost clock of 1607MHz, which is a bit lower than the 1677MHz one we saw on the "reference" Liquid Edition version.

Of course, it is still possible that triple-BIOS option will have an even higher factory overclock setting but we will need to wait for the "official" announcement from Powercolor.

As we noted earlier, the Powercolor RX Vega 64 Red Devil uses a triple slot triple fan cooler which should be able to keep a Vega GPU properly cooled.

Unfortunately, that £589.99 price tag puts it in the same price category as Sapphire's RX Vega 64 XTX Liquid Cooled graphics card, and makes it just £50 or so cheaper than some Nvidia Geforce GTX 1080 Ti graphics cards.

According to what we heard earlier, the RX Vega 64 Red Devil should be announced by the end of this month, with a custom RX Vega 56 design following shortly after. 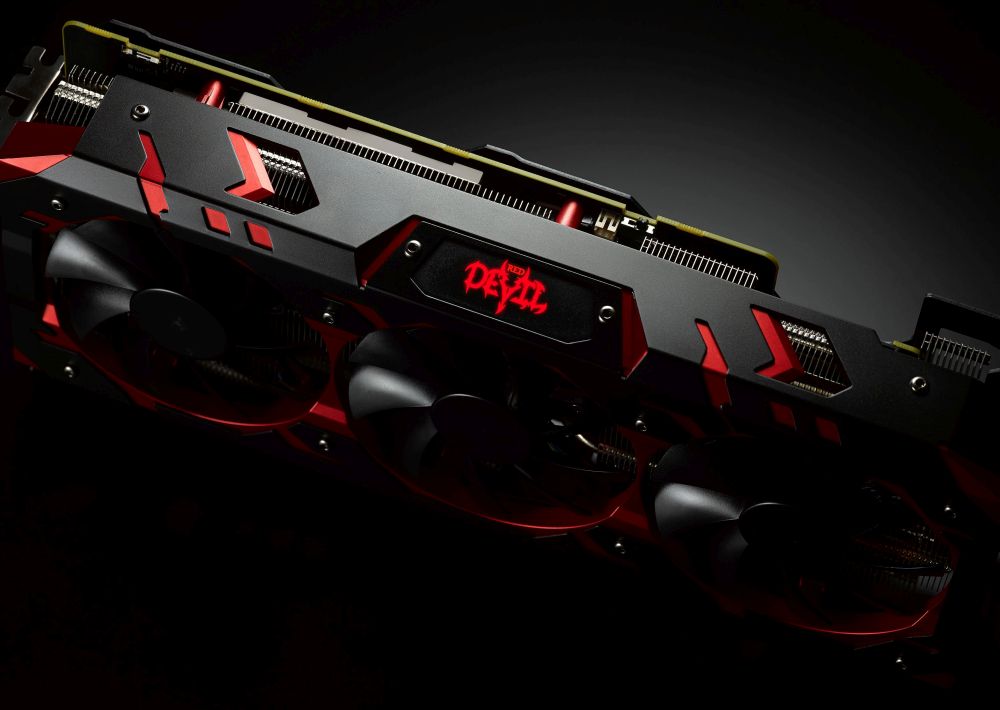