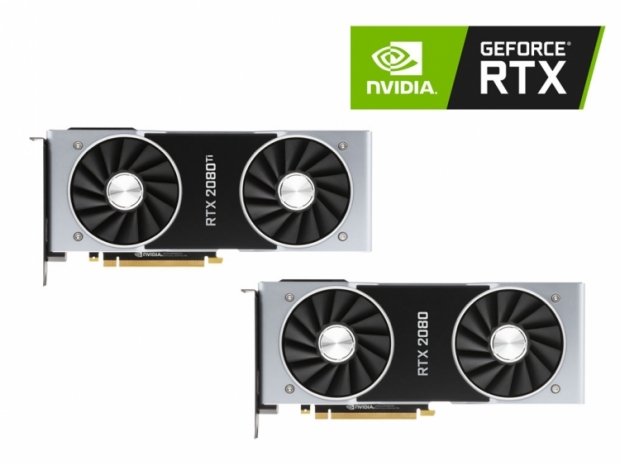 Still nothing serious, according to Nvidia

There has been a lot of talk regarding issues with Nvidia's latest flagship RTX 2080 Ti graphics cards but, according to Nvidia, it is nothing serious and unusual, and the company is still working with those affected by the problem.

While there were a lot of theories regarding some issues with Nvidia's RTX 2080 Ti graphics cards, Nvidia has now responded officially on its forums, saying that there were some bugs with an early batch of RTX 2080 Ti Founders Edition, calling them "limited test escapes".

Back when the story broke, we did contact Nvidia and some retailers/e-tailers, with Nvidia officially saying that its technical support is working with those users individually but still is not seeing a broader problem. Same goes for some retailers/e-tailers which did not notice any highly unusual RMA request and/or failure rates.

Those earlier failure reports seem to be indeed focused on Founders Edition graphics cards, and these included crashes, artifacts, or even complete card failure, and most, if not all RTX 2080 Ti cards from Nvidia AIC partners do not seem to be affected.

Without any official RMA numbers from Nvidia, it is hard to talk about high failure rates, and Nvidia was quite keen to note that the company is standing ready to help any customers experiencing problems.

Last modified on 16 November 2018
Rate this item
(0 votes)
Tagged under
More in this category: « AMD officially releases Radeon RX 590 Intel confirms its support for VESA Adaptive Sync »
back to top