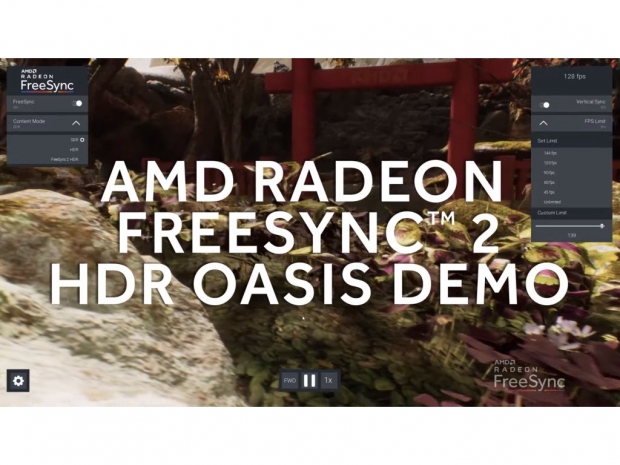 While FreeSync 2 has been announced a while back, AMD apparently thinks that the actual name does not do it justice, as while it offers variable refresh rate and low framerate compensation (LFC), like the original FreeSync, it also adds HDR to the mix, which explains the name change to FreeSync 2 HDR.

In order to better show what FreeSync 2 HDR is all about, AMD has decided to show the FreeSync 2 HDR Oasis Demo, which will soon be available for download, but for now, you can check it out on a Youtube video.

Built in Unreal Engine 4 and with support for HDR10 and FreeSync 2 HDR transport protocols, the demo should show FreeSync 2 HDR in all its glory, with the company promising that once experiencing it on a monitor with FreeSync 2 HDR support, you will be convinced "to hop on that train and never look back".

The demo will apparently have features for full control, including forward and reverse, panning controls, and real-time configurable settings.

Hopefully, the demo will be coming in the next few days.