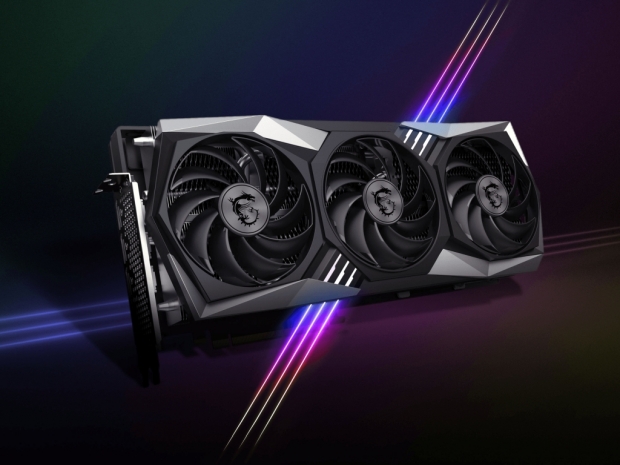 Most likely coming in February

While MSI might only offer reference-based Radeon RX 6000 series graphics cards for now, it has finally showcased its customs versions which will be a part of the Gaming X Trio series, including the Radeon RX 6900XT Gaming X Trio.

MSI has also confirmed that it will focus only on the Gaming series as due to a low supply, there won't be any blower-type versions or the high-end SUPRIM version, as noted by Eric Van Beurden, Marketing Director at MSI.

"So this is our Gaming card, this is Gaming X Trio, and like we have already talked to you before, maybe you’ve missed it, we are only going to focus on this [design]. So we didn’t plan any other SKUs, meaning blower type fan design or SUPRIM […] because we don’t get enough supply. And it’s then better to only focus on one SKU [but] in the future, we will see." - as detailed by Videocardz.com.

MSI only showcased the Radeon RX 6800XT Gaming X Trio during the live stream, as well as show the full design, including the custom PCB with 16-phase VRM and two 8-pin PCIe power connectors, but they also noted that the Radeon RX 6900XT Gaming X Trio is also in the works, although no specific date was given. The Gaming X Trio Radeon RX 6000 series will feature a recognizable MSI triple-fan cooler, three heatsinks with six copper heatpipes, and the so-called 2.7-slot design.

MSI said that custom RX 6000 series Gaming X Trio will most likely come in February, at least if there are no further components shortage.

You can check out the full MSI Insider live stream below with full details on the Radeon RX 6800XT Gaming X Trio design from Eric Van Beurden. 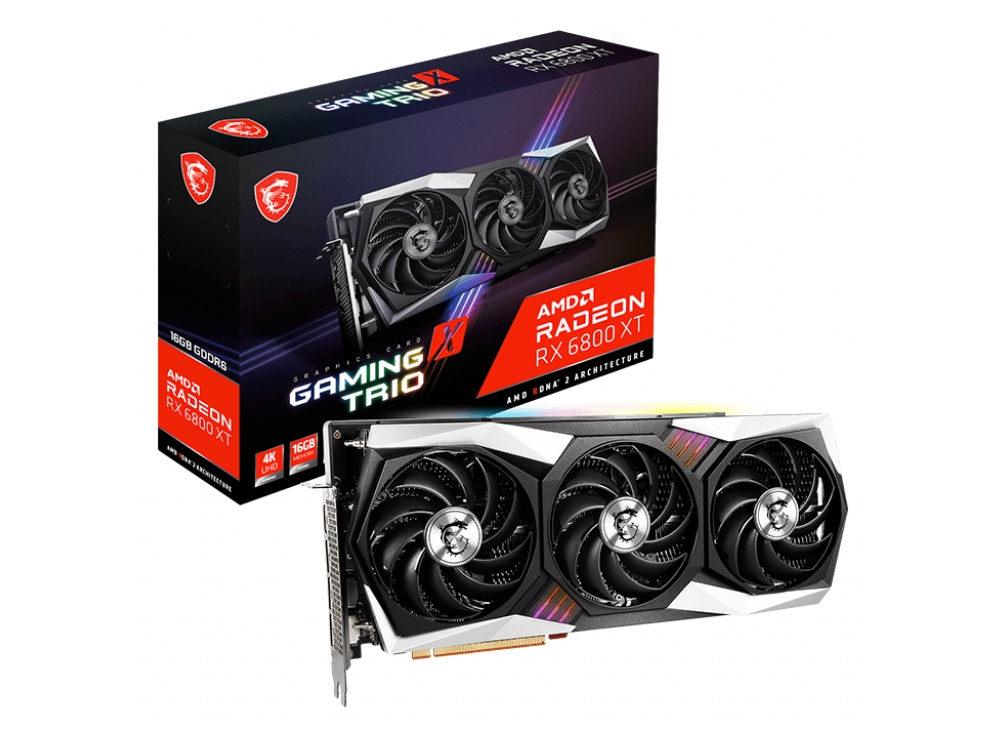 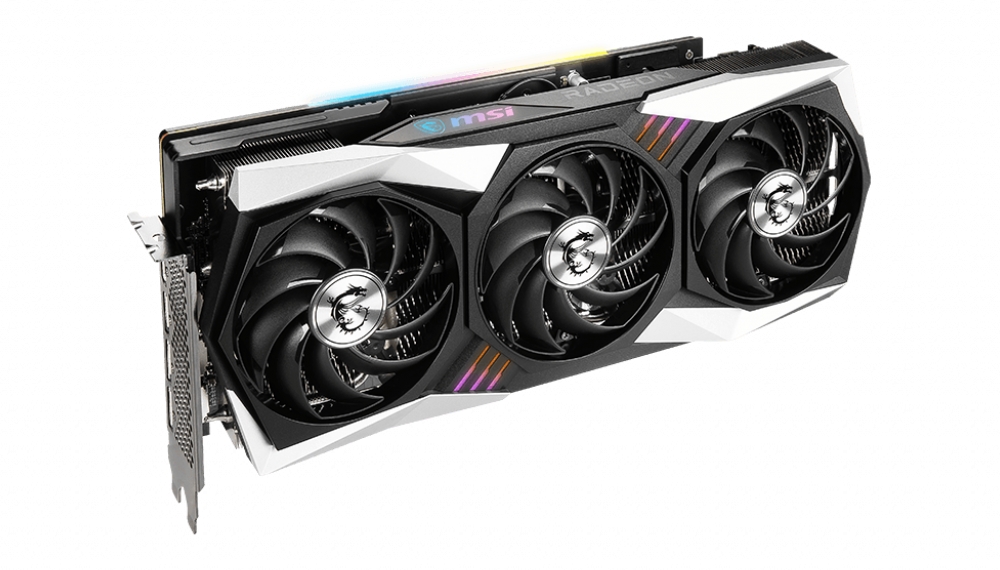 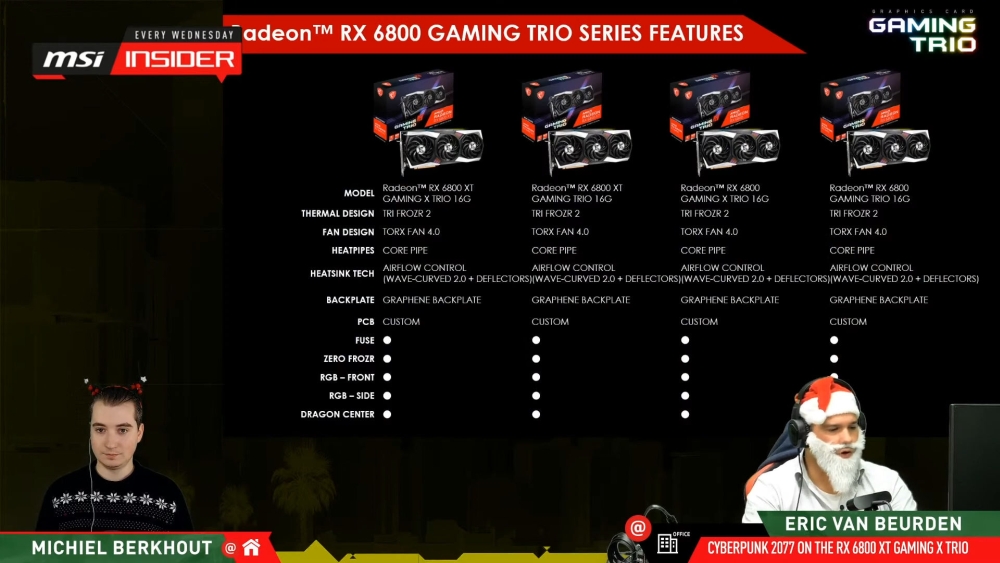 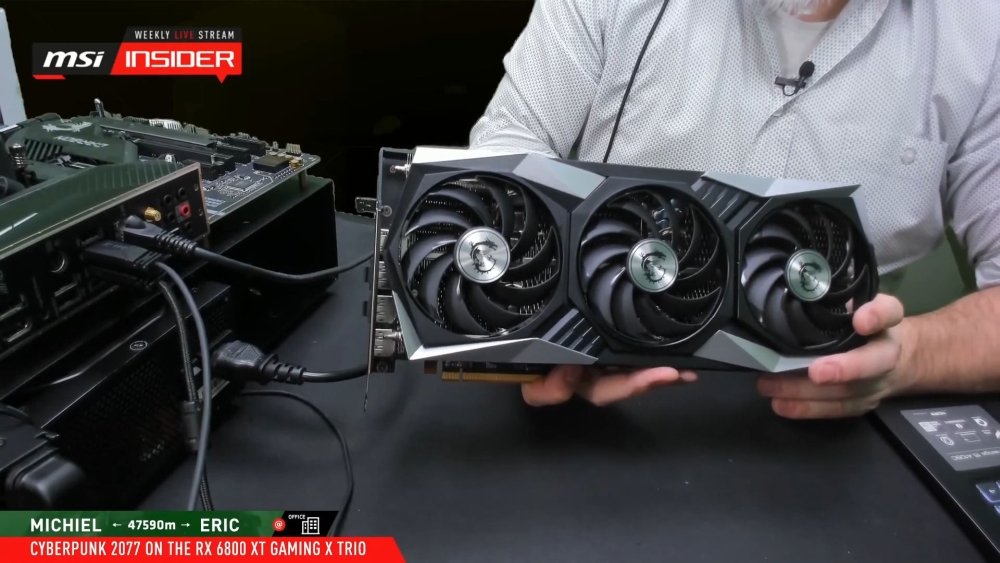 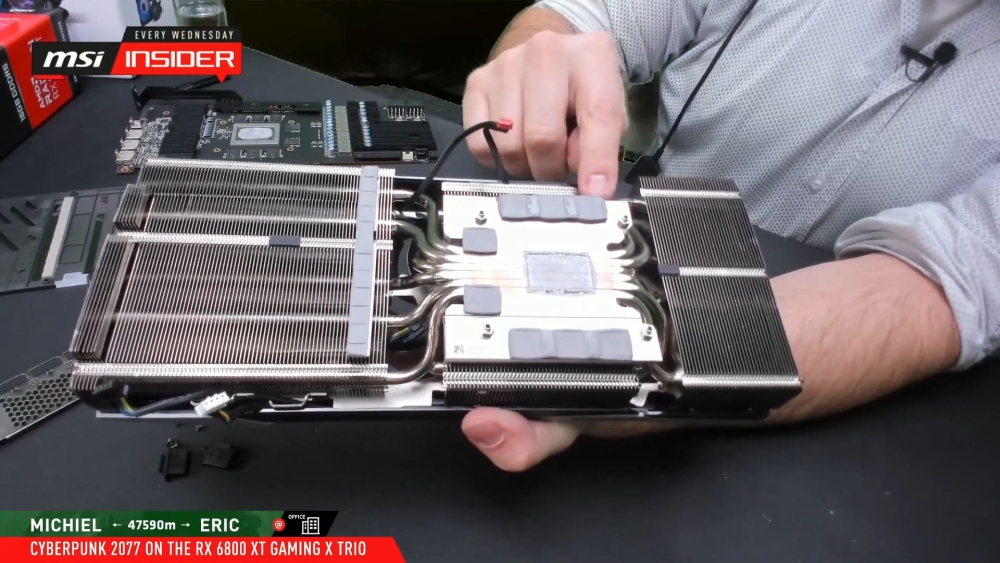 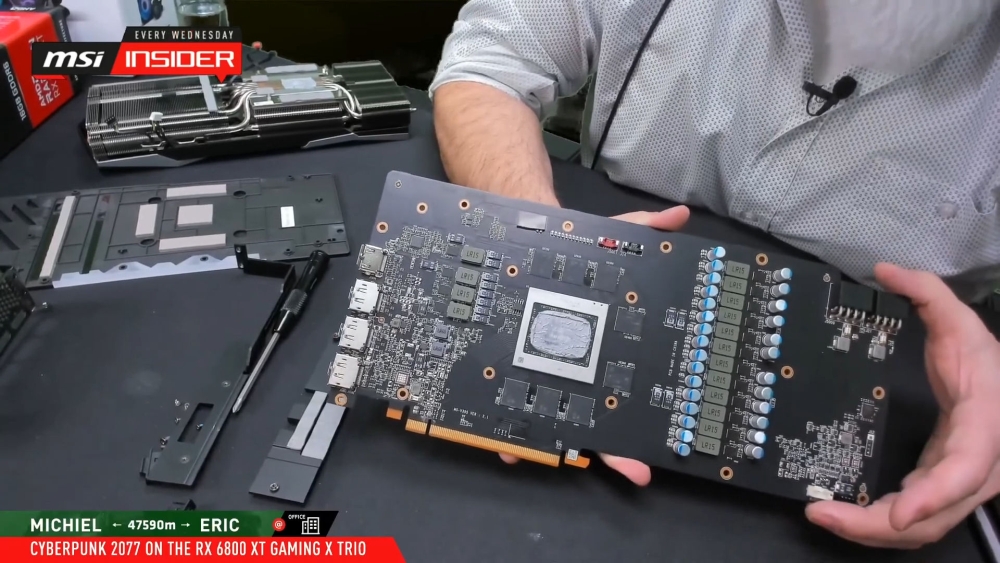