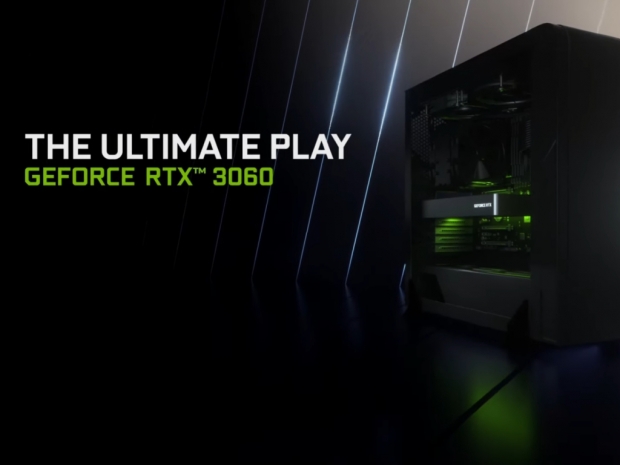 Nvidia has officially announced its Geforce RTX 3060 graphics card and it comes with 12GB of GDDR6 memory and should pack a significant punch at $329 when it launches in late February.

As noted, the RTX 3060 comes with 12GB of GDDR6 memory on a 192-bit memory interface. Unfortunately, Nvidia did not reveal full details so we are either looking at 14Gbps or 16Gbps memory clock, and it might be left to Nvidia AIC partners as the RTX 3060 will most likely only come as a custom solution and not as a reference or the FE card.

According to Nvidia, the RTX 3060 12GB should offer over 60 frames per second in most titles, which should be even enough to run Cyberpunk 2077 at over 60 FPS with RT and DLSS, most likely with somewhat lower details.

As noted, the Nvidia Geforce RTX 3060 graphics card will be available in late February with its MSRP set at $329.