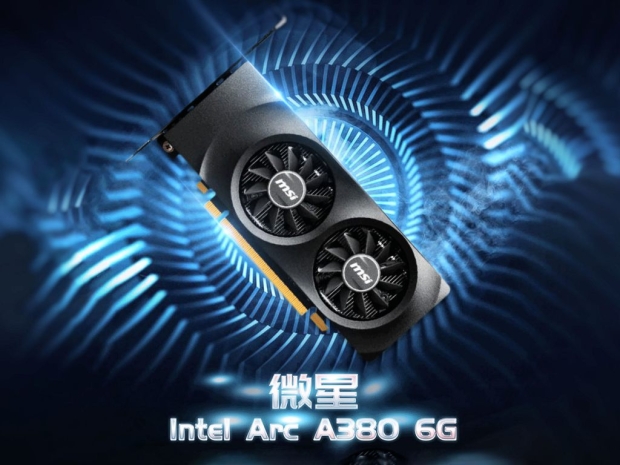 MSI is obviously going to be one of Intel's Arc partners as MSI-branded Arc A380 and A310 have been spotted in MSI pre-built systems.

While earlier rumors suggest that AIB/AIC partners are stopping production of Intel Arc cards due to "quality concerns", custom cards from various manufacturers like ASRock or MSI have started showing up.

Two Intel Arc graphics cards from MSI have been spotted online, including a low-profile A380 and A310, both of which will be available in MSI pre-built systems, at least for now.

The Arc A310 GPU will be an entry-level card in Intel's lineup and is expected to pack 4 or 6 Xe-Cores as well as up to 4GB of memory on a 64-bit memory interface. Precise specifications have not yet been confirmed as they appeared in MSI's Pro DP130 system.

The MSI Arc A380 is based on Intel reference specifications, unlike earlier spotted models from GUNNIR or ASRock. This means it works at 2000MHz and comes with 6GB of GDDR6 memory clocked at 15.5Gbps and a reference 75W TDP.

The low-profile MSI A380 will be available in three different MSI systems.

Rate this item
(2 votes)
Tagged under
More in this category: « Price of RTX 3090 Ti graphics card drops Nvidia tiggered by collapse in crypto »
back to top