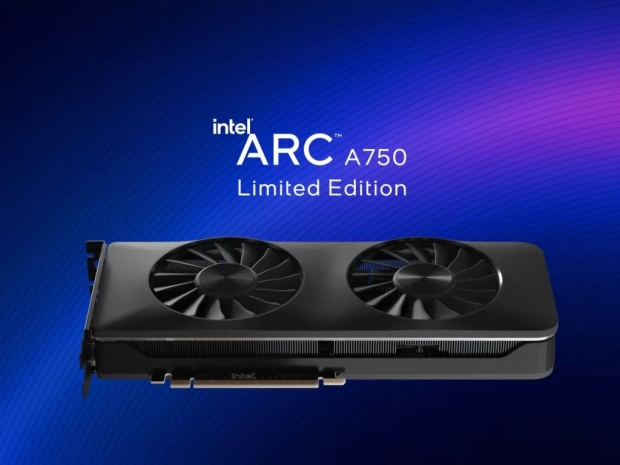 Intel has released some benchmark numbers for its upcoming Arc A750 graphics card, showing performance in 48 DX12 and Vulkan API games and comparing it to Nvidia's RTX 3060 graphics card.

Intel's own Ryan Shrout and Tom Petersen were not specific about the launch date, saying that it will launch "later this year", and were more eager to talk performance numbers and benchmarks, stating that these are not cherry picked titles but rather popular games or games used by reviewers.

On average, the Intel Arc A750 Limited Edition is 3 to 5 percent faster than Nvidia Geforce RTX 3060. 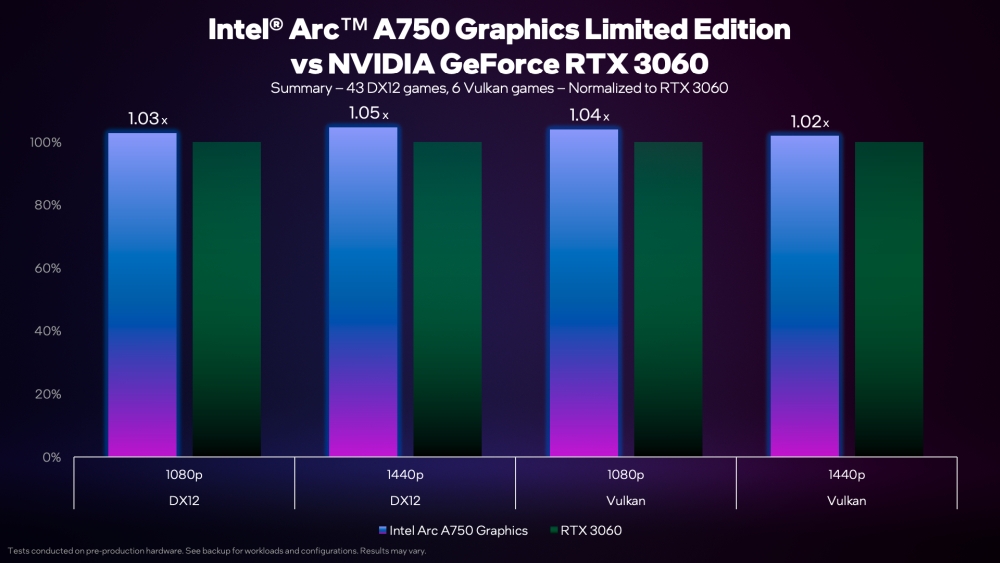 Update: Intel updated the chart above with a correction for 1440p Vulkan API results. "The values for our Vulkan 1440p charts reflected a calculation error that resulted in incorrect percentages being displayed on the Vulkan normalized and summary charts. The raw data and other summary charts were unaffected by the error. We’ve corrected the error on the impacted Vulkan 1440p charts.”

The benchmarks were done at 1080p and 1440p resolutions, and while there is still room for driver optimizations, the Arc A750 should be enough to get you over 60 FPS with 2560x1440 resolution at high settings. 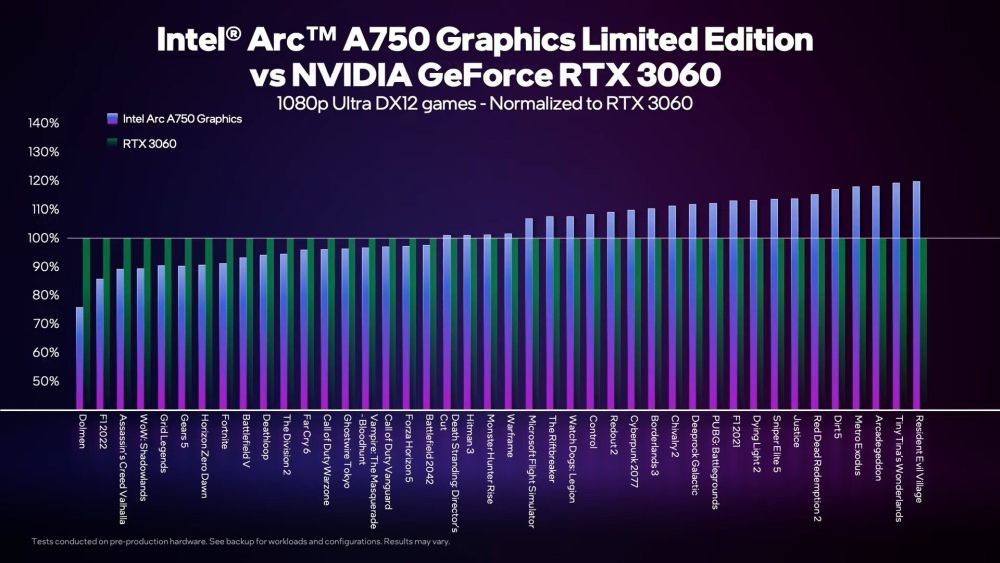 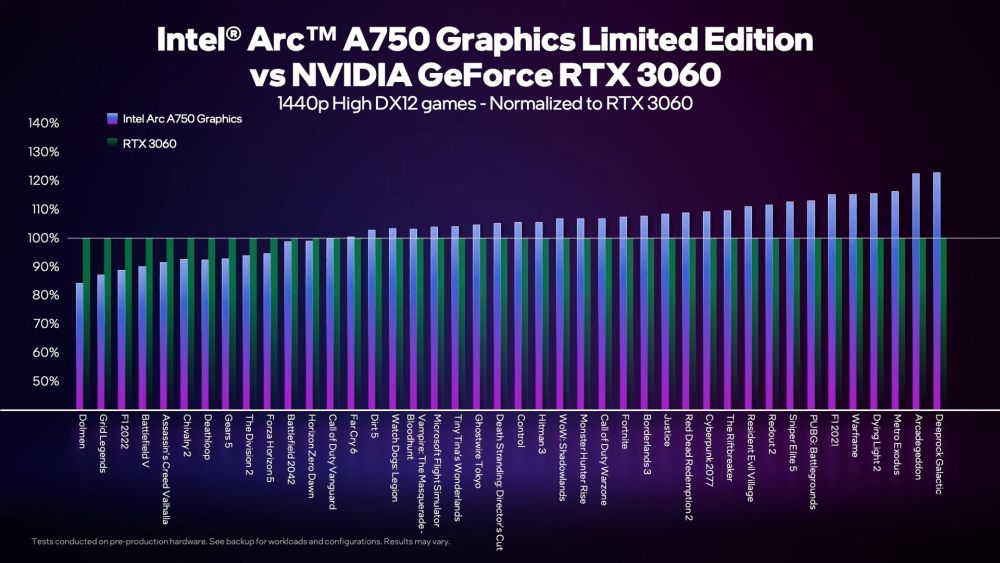 Both cards were run on the same system with Intel Core i9-12900K running on Asus ROG Maximus Z690 Hero motherboard with 32GB of DDR5-4800 memory. 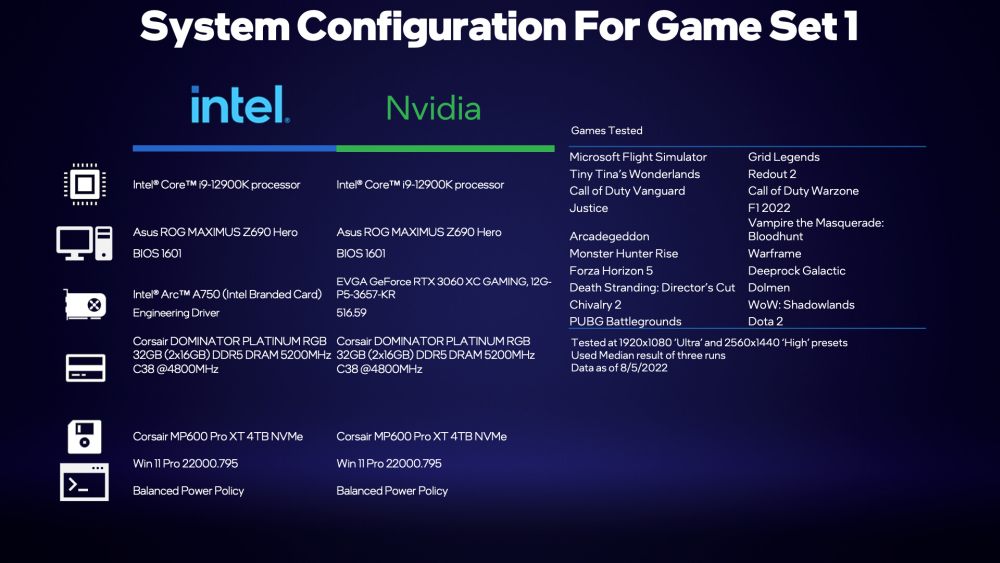 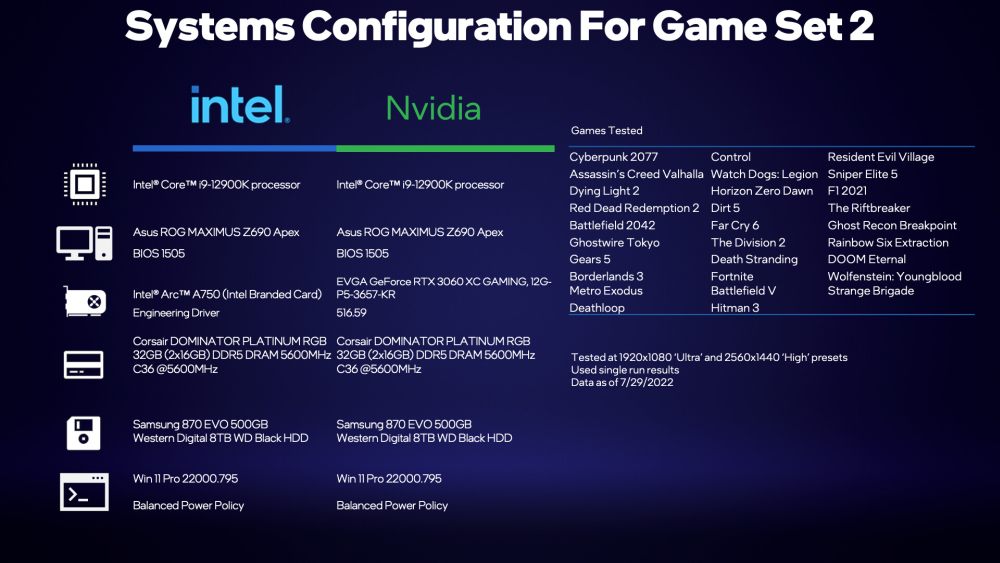 We still miss some critical information regarding Intel's upcoming Arc lineup, like the price or the actual launch/availability date.

Here is the full video from Intel.

Last modified on 11 August 2022
Rate this item
(11 votes)
Tagged under
More in this category: « LG telly creates sound “without speakers” Intel jumps from DirectX 9 to 12 »
back to top