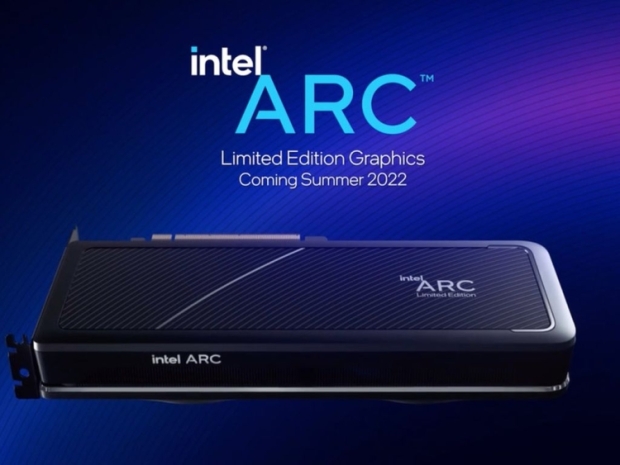 Intel has revealed a bit more details about it upcoming Arc desktop graphics cards, namely the A750 and the A770, which are said to match or beat Nvidia's RTX 3060 at ray tracing, as well as be competitively priced.

In an interview with PCGamer's Jacob Ridely, Intel's Tom Petersen and Ryan Shrout, gave a bit more info on what to expect from Intel's upcoming Arc A750 and A770 GPU when it comes to performance as well as pricing.

According to details provided by Intel, the A750 should trade blows with RTX 3060, and run especially well on DX12. The A770 will obviously be a little bit faster. They were fair to note that results could be a bit worse in DX11 games but, on average, these cards should be competitive, at least compared to the RTX 3060.

Tom also gave a bit more insight into the RTU (Ray Tracing Unit) performance, saying that the A750 and A770 "should fare very, very well", saying that it is competitive or better than Nvidia with ray tracing hardware.

Tom Petersen was also keen to note that Intel is making sure to offer great value, making sure these products are very competitive, especially on the price front.

Intel is clear that its GPU business is here to stay and that the plan was to hit the mainstream market before pushing for high-performance and enthusiast makrets, which makes sense since mainstream is what matters the most.

You can check out the full interview over at PCGamer.com.

Rate this item
(0 votes)
Tagged under
More in this category: « AMD teases its next-gen RDNA 3 Radeon graphics card Nvidia's RTX 4080 will have two classes of PCB »
back to top