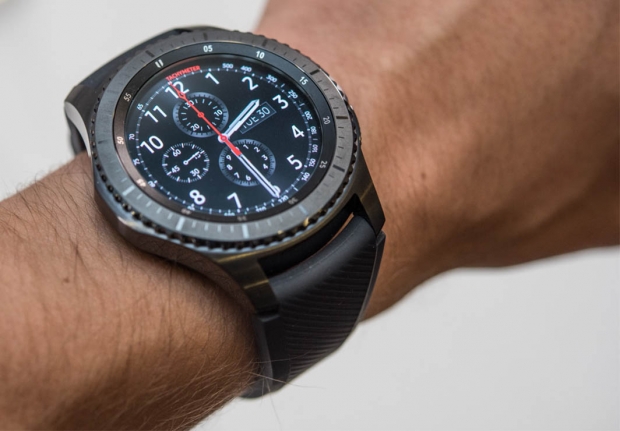 Gear S3 Frontier and S3 Classic out next month

Samsung has announced that it will be releasing the Galaxy Gear S3 smartwatch next month.

The company said the device will debut in Korea, the United States and major European nations, but curiously not China.

In a statement Samsung said that it decided to market the Gear S3 midway through November at the latest in Korea and some other countries. It will appear in China a bit later.

The prices of the Gear S3 Frontier and the Gear S3 Classic will differ but probably will be about $356.

The Gear S3 has been much anticipated because it's feature rich. The water-resistant gadget, with a 3.3-centimeter circular display, has an in-built global positioning system (GPS) and the capacity to make contact-less payments.

In an emergency, Gear 3 users can tap the back buttons three times to send SOS signals and their location to designated friends or relatives, even if the smartwatch is not connected to a mobile phone. Users also can access 10,000 applications, while the watch has a maximum four-day battery life and shedloads of health-tracking functions.

"We are confident that the Gear S3 will be one of the most loved smartwatches for users, as we focused on bringing cutting-edge technologies and emotional designs to it," a Samsung official said.

Recently, U.S. high-tech website Phone Arena polled readers on which of the two competing gizmos they would buy. Among around 1,650 respondents, 82 percent opted for the Gear S3 while 18 percent picked the Apple Watch Series 2 – if it does not catch fire that is.

Last modified on 19 October 2016
Rate this item
(1 Vote)
Tagged under
More in this category: « VR chair is ready to spin Wearables will help your health »
back to top