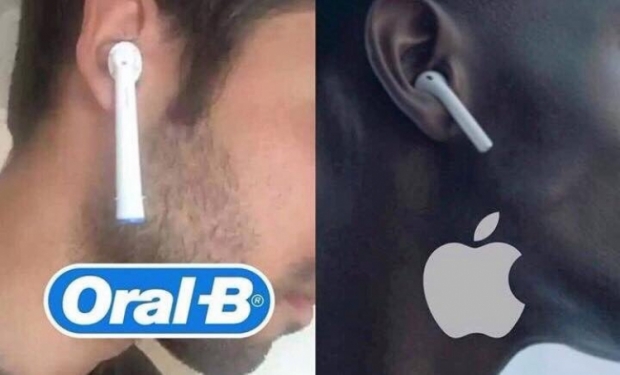 What do you mean you can do that with a headphone jack?

The fruit tax-dodging cargo cult thinks it has found another reason to stick its expensive Airbuds into your ears.

AppleInsider has found a patent from Jobs’ Mob for a pair of wireless earbuds that comes packed with sensors that will allow it to act as a health tracker as well as a pair of headphones.

Some sensors that Apple has listed in their patent include an EKG, an ICG, a VO2 sensor, and a GSR sensor.

However, what the Tame Apple Press appear to have forgotten is that if this actually ends up as being a product it removes the need for the Apple Watch to exist – or at least the need to do all the processing. All the sensor data gathering could be put straight onto the iPhone. It could be sent to a much dumbed down Smart Watch, but other than screening data the watch would not have to do much more than act as a TV screen for the phone.

Last modified on 16 March 2017
Rate this item
(0 votes)
Tagged under
More in this category: « Total Recall loses case against Oculus Swatch enters the wearable OS market »
back to top