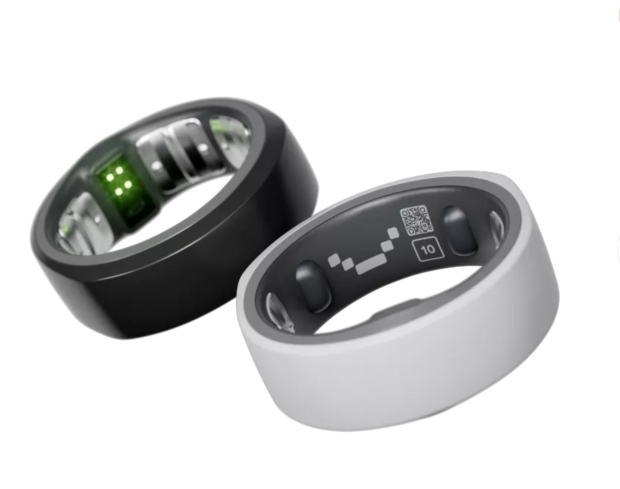 Health monitoring, but not the part of your body you might think

Happy Health has released a ring which it says measures your sleep, stress, and ultimately mood. The company says this simple ceramic and resin band can capture brain signals from the peripheral nervous system and translate them into real-time, measures of mood state.

Paul Berns, Co-Founder and Chairman of Happy Health said that while there are tons of gadgets to measure your physical health they ignore the mind and its effect on your overall well-being.

"The ability to measure and understand our emotional state will help us identify the habits that result in better health."

The most well-known smart ring on the market is the Oura which is a wearable that focuses on sleep, measuring the stages of your sleep, your pulse, breathing, and so on to bring you a robust picture of what you do during the night. The Happy Ring employs a similar set of sensors on its inside edge, which press against your skin to capture brain signals from peripheral nervous system activity.

The Happy Ring itself comes free with your subscription, and what you pay per month depends on how long you subscribe. A 24-month plan costs $480, or $20 per month, while a one year plan is $300 ($25/month). Or pay as you go at $30 per month. The Happy Ring lowers upfront costs to zero, but a year of the service itself will cost at least $240.

If you think this is a sign up plan that Apple might have invented, you might be on to something.  The ring only works with Apple gear at the moment and syncs with Apple Health.  We assume that Apple fanboys need their rings happier more urgently than Android users. Apparently, an Android-compatible version will be released “in the near future.”

The Happy Ring’s battery lasts two to three days and recharges in about an hour. The Happy Ring won't begin shipping until later this year.

Last modified on 25 August 2022
Rate this item
(0 votes)
Tagged under
More in this category: « Amazon will know all about your home Hacked security cameras still wide open »
back to top