As noted, the series will feature four drives im 300, 450, 600 and 900GB capacities. Although it did not provice any specific performance details, Toshiba did note that due to an improved magnetic recording head and disc magnetic layer, the AL13SEB900 (900GB model) has an areal density of 856Mbit/mm2, which is currently the industry's highest class, and has an internal transfer rate of 286MB/s, a boost of around 32 percent over previous generation, thanks to the improved liner recording density.

Toshiba was also keen to note that it AL13SE series is frist HDD series from Toshiba to employ a dual-stage head position actuator that improves accuracy by 30 percent providing sstable operation and that AL13SE series has around 41 percent higher energy consumption efficiency when compared to previous generations.

Unfortunately, the price or the actual availability date have not been announced. 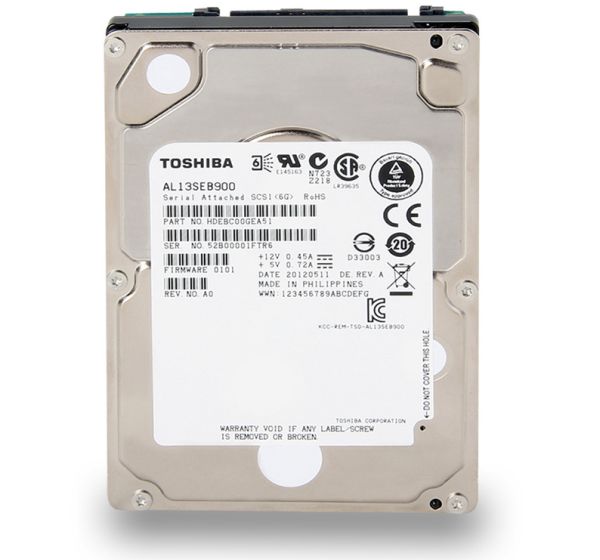