SanDisk about to be bought by Western Digital 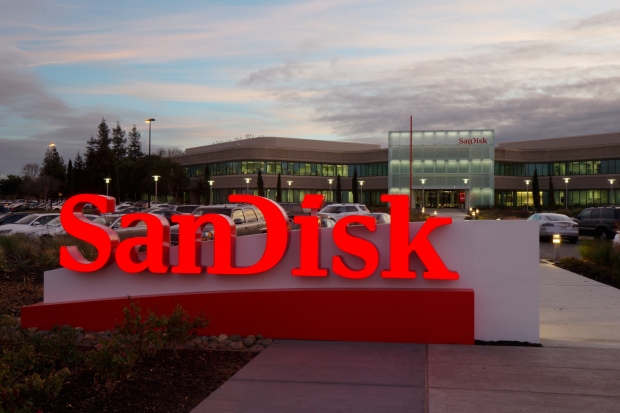 It is almost certain that Western Digital will buy the memory-maker SanDisk and we are expecting an announcement later in the week.

Talks between the two are described as being in an “advanced stage” which is basically the point in a business negotiation where the two sides are arguing about who gets the top jobs in the new company.

Western Digital has apparently seen off rivals for SanDisk’s hand. Sandisk has a market capitalization of $14.6 billion so the deal will be extremely costly.

Negotiations are ongoing and a deal is not certain, and could win or fall on something silly like an executive losing his corporate carpark in the deal.

There has been much consolidation in the chip market as companies try to to consolidate suppliers. SanDisk will have to get permission from Toshiba as it uses Toshiba's foundries to make its chips and the two have an important intellectual property-sharing joint venture.Toshiba is likely to approve the deal because it would is more likely to accept Western Digital as a buyer for SanDisk than its sworn enemy Micron.

Western Digital has a market capital of about $22 billion will get $4-billion from China's state-backed Tsinghua Holdings if the deal passes regulatory scrutiny in the United States.

SanDisk, which is scheduled to report quarterly results on Wednesday, has grappled with tumbling flash memory prices.

Last modified on 20 October 2015
Rate this item
(1 Vote)
Tagged under
More in this category: « Zotac unveils new Premium Edition SSD Series Intel gets into Memory »
back to top