ADATA sticks some LEDs in its RAM 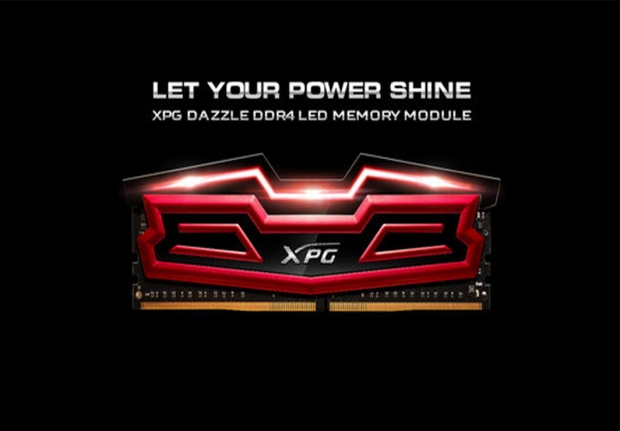 Add a bit of Dazzle

ADATA is planning a new line of DDR4 memory modules with LED strips that light up the upper edges of XPG Dazzle heat spreaders.

ADATA partnered with Avexir to use its patented LED memory module technology.  The outfit has not issued the specifications list of XPG Dazzle memory selections, but the company said that there will be 16 GB, 32 GB and 64 GB kits available with options of 2x8 GB, 4x8 GB, 2x16 GB and 4x16 GB sticks.

ADATA did not say if its Dazzle memory will have the extra copper feature so the showy kit might not have the same level of overclocking potential.

According to Tom's Hardware ADATA has not yet revealed the pricing and release date of the XPG Dazzle lineup.

Last modified on 04 May 2016
Rate this item
(2 votes)
Tagged under
More in this category: « Seagate starts shipping 10TB He Enterprise HDD in volume Samsung releases EVO Plus 256GB microSD card »
back to top