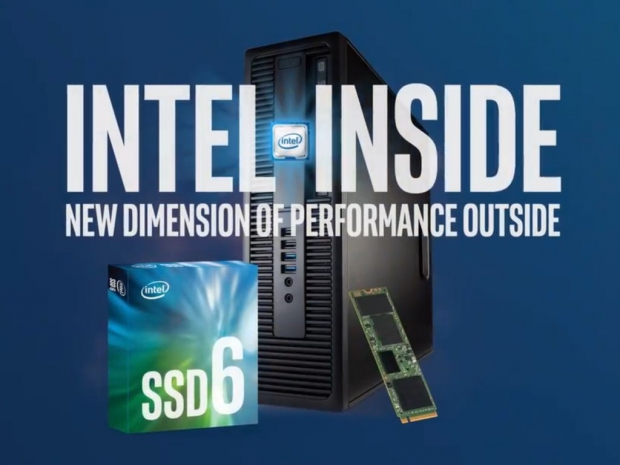 Based on TLC 3D NAND

According to the latest leaked slide, Intel is working on the new performance-segment 610P series SSD based on TLC 3D NAND, M.2 2280 form-factor and PCIe NVMe interface.

Just like the currently available Intel 600P SSD series, the new Intel 610P SSD series will be based on TLC 3D NAND from IMFlash Technology, which is a joint-venture between Micron and Intel.

As detailed in the slide leaked by Benchlife.info, the Intel 610P series will be available in 128GB, 256GB, 512GB, 1TB and 2TB capacities and use the M.2 2280 form-factor with PCI-Express 3.0 x4 interface and support for NVMe protocol.

While no precise performance details were given, we expect a minor update since the 610P SSD series will co-exist with the currently available 600P SSD series.

In addition to the 610P SSD series, the same slide shows that Intel plans to introduce a BGA version of the 600P series which will be available in 128GB, 256GB and 512GB capacities and use the BGA M.2 1620 form-factor.

The new Intel 600P SSD series is expected in Q4 2017 while 600P series BGA will come a few months before that.