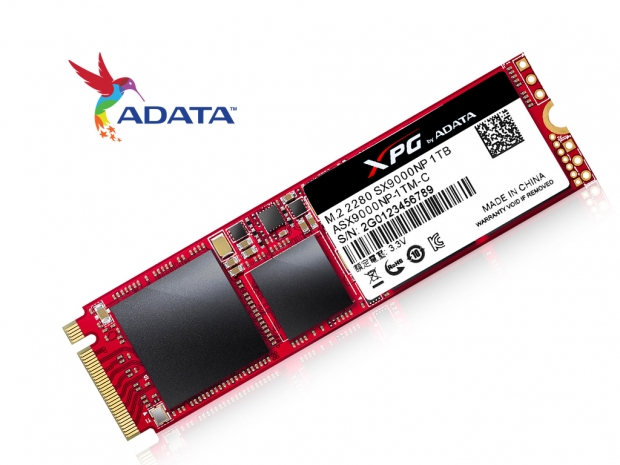 Based on Marvell controller and MLC NAND

ADATA has officially launched its latest XPG series M.2 PCIe SSD, the ADATA XPG SX900. Based on a Marvell controller in combination with MLC NAND, the XPG SX9000 M.2 PCIe SSD will offer impressive performance and be available in capacities of 256GB, 512GB and 1TB.

The ADATA XPG SX9000 has been already spotted back at Computex show and even back then it was clear that this one will be the fastest M.2 PCIe SSD from ADATA. Now that it is officially launched, we got to check out a bit more details.

As announced, the ADATA XPG SX9000 is based on a yet-to-be-detailed Marvell controller, paired up with MLC NAND. It uses a standard M.2 2280 form factor and PCIe interface with NVMe 1.2 protocol and will be available in 256GB, 512GB and 1TB capacities. With this combination, the XPG SX9000 should offer an impressive sequential performance of up to 2800MB/s for read and up to 1450MB/s for write, with 4K random performance hitting up to 310K IOPS read and 240K IOPS for write.

The XPG SX9000 will be backed by a 5-year warranty, with 2 million hour MTBF, and have a TBW of up to 1000TB (for a 1TB version). The retail package will also include "a stylish black heatspreader with XPG logo", just in case you want to show it off.

Unfortunately, ADATA did not reveal any details regarding the price but hopefully, we will see it in retail/e-tail soon. 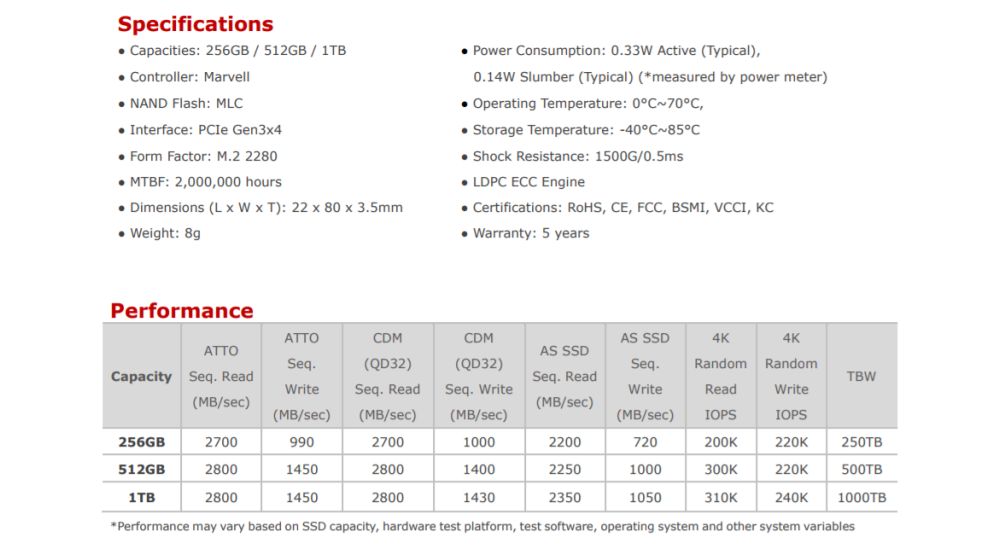