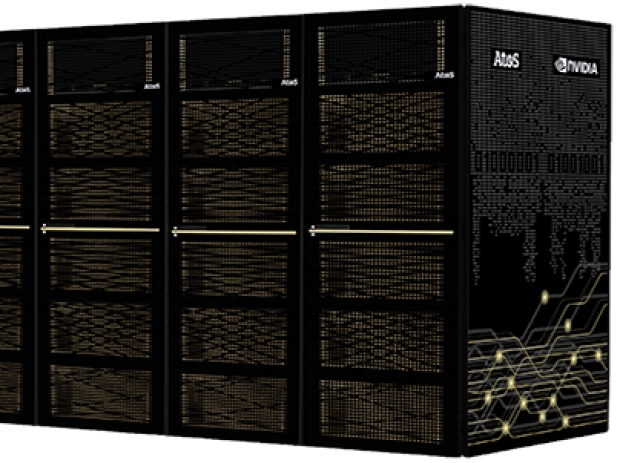 Nvidia has become an IaaS provider for its own DGX SuperPOD AI supercomputers.

The SuperPOD combines 140 of Nvidia’s DGX A100 units, machines that can be thought of as blade servers that house eight A100 Tensor Core GPUs. A SuperPOD cluster can scale to over 1,000 GPUs.

Nividia will offer DGX SuperPODS on a subscription basis. The graphics giant will own the SuperPODs, Equinix will host them, and NetApp provides storage hardware.

The company said that it sees subscriptions as an ideal on-ramp for users contemplating the purchase of their own SuperPOD. Pricing starts at $90,000 per month so it is not something you are going to want to hit your credit card to play Civ6 on.

To be fair, the purchase price of a SuperPOD is pretty pricey too which was why Nvidia has created new software called “Base Command” that shares out a SuperPOD’s resources among multiple users. Base Command can also operate against Nvidia kit running in third-party clouds, starting with AWS and Google.

Nvidia is working to make it possible for other server-makers to build DGX units into their own hardware, rather than selling the machines as standalone products. The plan is to make big GPU-driven rigs easier to acquire and operate for those who don’t want to build AI hardware silos.

Subscription SuperPODS will only be offered in North America.

Last modified on 01 June 2021
Rate this item
(1 Vote)
Tagged under
More in this category: « Oracle announces its ARM based cloud UK opens investigation into Amazon »
back to top