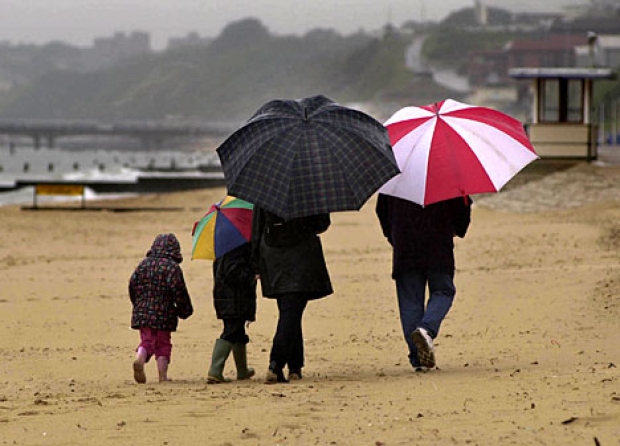 What do you expect?

Britain, which is famous for its rain, is having a few problems with its clouds as a heatwave grips the country.

As temperatures reached 40 degrees, UK cloud services and servers hosted by Google and Oracle dropped offline due to cooling issues.

Datacenters looked at the temperatures and refused to work or were powered off to avoid long-term damage, causing some resources, services, and virtual machines to became unavailable.

This took down some websites. Oracle Cloud Infrastructure resources were offline, including networking, storage, and compute provided by its servers in the south of UK.

In a statement Oracle said: "As a result of unseasonal temperatures in the region, a subset of cooling infrastructure within the UK South (London) Data Centre has experienced an issue. As a result some customers may be unable to access or use Oracle Cloud Infrastructure resources hosted in the region."

Google Cloud said a number of its products are "experiencing elevated error rates, latencies or service unavailability" when served from systems located in europe-west2-a, which is one of its London facilities.

These issues are affecting various services relating to storage and compute, including BigQuery, SQL, and Kubernetes. Google acknowledged the downtime. This outage has, for one thing, brought down WordPress websites hosted by WP Engine in the UK, which were powered by Google Cloud.

"There has been a cooling-related failure in one of our buildings that hosts zone europe-west2-a for region europe-west2," according to a Google advisory.

"This caused a partial failure of capacity in that zone, leading to VM terminations and a loss of machines for a small set of our customers. We're working hard to get the cooling back on-line and create capacity in that zone. We do not anticipate further impact in zone europe-west2-a and currently running VMs should not be impacted.

"In order to prevent damage to machines and an extended outage, we have powered down part of the zone and are limiting GCE preemptible launches. We are seeing regional impact for a small proportion of newly launched Persistent Disk volumes and are working to restore redundancy for the impacted replicated Persistent Disk devices."

Last modified on 20 July 2022
Rate this item
(4 votes)
Tagged under
More in this category: « Lumen expands its Edge into Europe Heatwave dissolves British clouds »
back to top