Pairs it up with Snapdragon 800

Asus has now officially unveiled the new PadFone Infinity flagship smartphone that is still based on the old PadFone Infinity design with a 5-inch IPS 1080p screen, but now it is powered by Qualcomm's Snapdragon 800 chipset.

The new Asus PadFone Infinity pretty much looks like the old one and still features the same 5.0-inch IPS 1920x1080 screen, as well as a 13-megapixel camera, but ships with a much more powerful Qualcomm Snapdragon 800 chipset. In case you somehow managed to miss it, Qualcomm's Snapdragon 800 packs four Krait 400 cores clocked at 2.2GHz, Adreno 330 GPU and in the case of PadFone Infinity, it is paired up with 2GB of LPDDR3 memory.

The aforementioned 13-megapixel camera can now take much higher quality pictures by combining three pixels into one, a feature that Asus decided to call the PixelMaster. Asus also added a 2-megapixel front camera as well as a microSD card slot that should appeal to those that need more than 16 or 32GB of internal storage. The Qualcomm Snapdragon 800 SoC also brought LTE connectivity and Asus included a 2400mAh battery for the new PadFone Infinity.

As noted earlier, the new PadFone Infinity has pretty much the same design as the old one with a few updates. It now features a diamond cut metallic back that gives it a more premium look and feel and will be available in Titanium Black and Platinum White color options.

Unfortunately, Asus did not give out a precise launch date but did note that the new PadFone Infinity will cost US $640 while the PadFone Station will go for US $240. 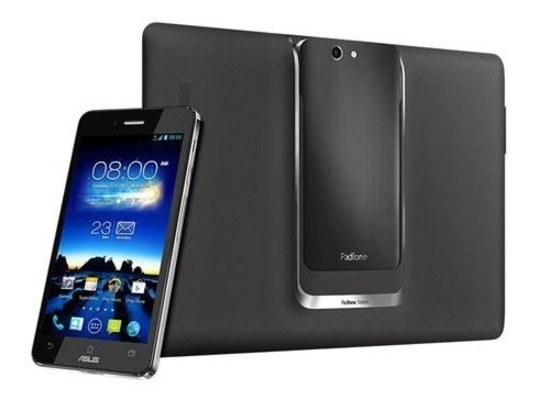