M3 computer claims to be the world's smallest 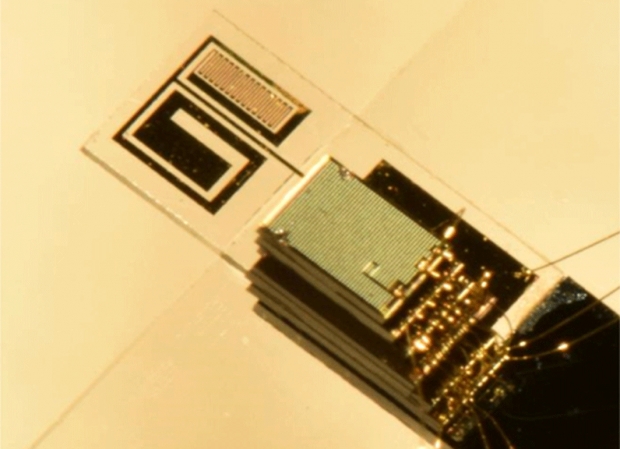 Size of a rice grain

The Michigan Micro Mote, or the M3, has been released and its makers claim that it is the smallest in the world.

Designed for the Internet of Things (IoT) it measures a 1 cubic mm. It packs sensors and other features into a single package.

Created by a research team at the University of Michigan, the scaled-down M3 is a complete computing node with wireless sensing and incorporates signal processing, memory, and a low-resolution imager alongside a temperature sensor, and on-board CMOS timer.

The diminutive device communicates over Wi-Fi and charges a small battery by harnessing solar energy.

The M3 can perpetually charge itself using ambient light, so it never needs an external power source, making it ideal for incorporation into everyday objects.

"To be "complete," a computer system must have an input of data, the ability to process that data - meaning process and store it, make decisions about what to do next – and ultimately, the ability to output the data

The sensors are the input and the radios are the output. The other key to being a complete computer is the ability to supply its own power.

Of course with computers this small there is a danger that you will lose them down the back of the sofa, or the dog will eat them and send you emails from its stomach demanding biscuits.

Sheesh in my day you used to be good if you could write the Lord's Prayer on a grain of rice, kids of day expect to be able to strap a computer into one so small you can jam it up your willy.

Rate this item
(7 votes)
Tagged under
More in this category: « Intel might be hiding mobile loses ZTE Blade S6 Plus available worldwide on eBay »
back to top