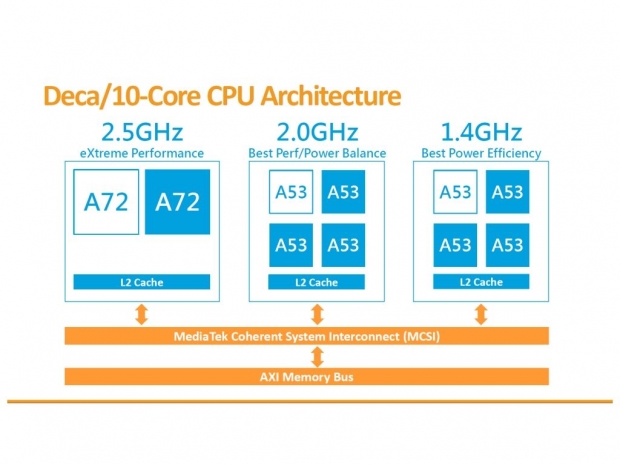 MediaTek is relatively young company when it comes to smartphone SoCs. They started making System on Chip (SoC) for feature phones and smartphones years ago, and they grew from zero to 650 million sold chips within three years.

MediaTek grew to a $7 billion revenue company, some 75 percent more than Nvidia. These are numbers for 2014 and we expect they might do even better in 2015.

They were the first company to make a true octa-core chip and many industry leaders including Qualcomm though that there was no need for so many cores. ARM later announced its big.LITTLE octa-core designs which were in theory a way to use four fast of four slow cores, but not all at once.

Many industry giants went after big.LITTLE. MediaTek decided to choose its own path and try something innovative. They came up with an octa-core that was able to turn all eight A53 custom cores and use them when needed. Core Pilot 2.0 software was used to determine what kind of task are you using, and it would adjust the clock speed of the core and turn cores on or off, depending on the scenario. We already saw that MT6753 can offer rather good battery life in affordable and nice phones. The story continues with the new Helio X10 octa-core.

The recently announced Helio X20 is actually a three-cluster, deca-core SoC. It can be viewed as four cluster SoC, as it has a dedicated M4 processor as well. If you count all cores it has eleven of them, and if you add the graphics cores the number of cores jumps significantly.

The first data that we saw from the Helio X20 indicates that you should see a power saving of an impressive 30 percent across many applications. These was the data compared to their own currently fastest Helio X10 MT6795 SoC. You need 40 percent less power to run Skype, video or Facebook. The display still remains a big spender, but again you will be able to get a battery life increased by up to 30 percent.

This is a huge saving that you can achieve with three clusters of cores. High intensive apps will use two A72 cores, the mid cluster (eg A53s) will be used for most other applications as they have enough power to get you through Facebook scrolling, picture listing or normal Fudzilla news reading. In case you just read the page and don't even scroll then the lowest power quad-core A53 cluster jumps in.

The bottom line is that this SoC saves a lot of power, courtesy of Core Pilot 3.0 that can send the right task to the right core. The competition, which still relies on a different approach, is bound to trash it, Apple still has two cores, Qualcomm high-end eight hot cores on the Snapdragon 810 20nm, while Samsung is also doing the same quad A57 and quad A53, but in 14nm.

The Helio X20 gets to compete with Snapdragon 820, the next Qualcomm part, but Helio X20 has a good chance of being a rather popular SoC. MediaTek partners, especially in China has showed the world that a phone doesn't have to cost $700 to offer decent performance. Today, $200 or $300 can get you very close to performance and quality of $700 phones and we believe that this will make a big difference in the phone market next year.

So Helio X20 is power efficient, has many cores, smart software and lot of engineering hours to prove it, and last time we checked battery life was a number one complaint for most users. How many iPhone 6 /5 / HTC One M9 / Galaxy 5 users you see next to the power plug at airports? 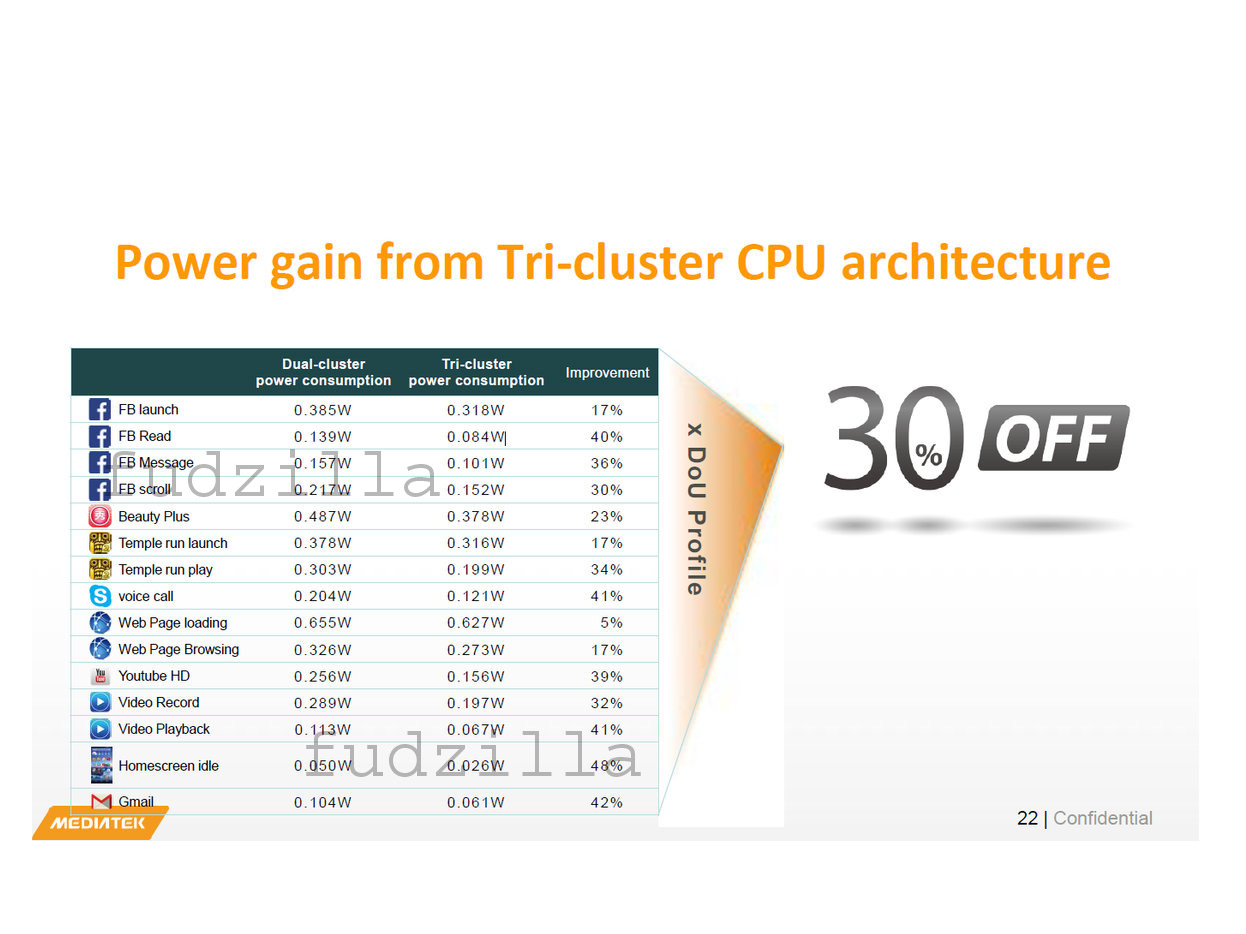 Making a bad conclusion about a deca-core SoC, saying it is actually bad just because number 10 is bigger than eight or four is shortsighted. Have in mind that Helio X20 can do the same task with up to 40 percent less energy. This translates to better battery life and possibly even faster performance.

Who would not like ten mechanics that can service your car in a fraction of time and bill you 40 percent less? The Helio X20 looks promising let's just wait and see how it performs in devices in early 2016.

Last modified on 10 July 2015
Rate this item
(20 votes)
Tagged under
More in this category: « Blackberry moves to Android Android M remembers to fix memory management »
back to top