Samsung A8 is the thinnest big brand phone to date 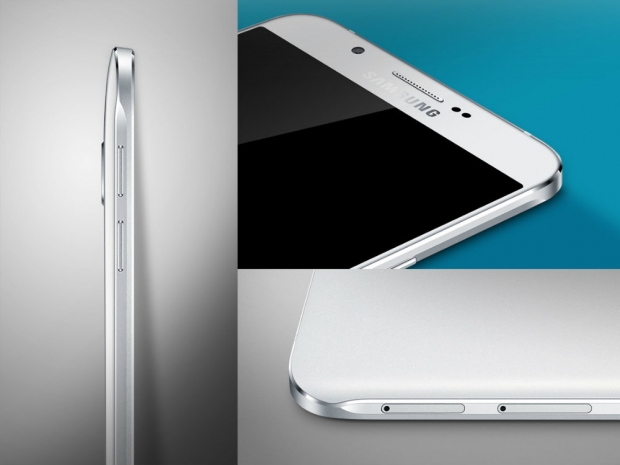 Samsung still has power to surprise us, and the Korean giant has just announced the Galaxy A8, a phone that is only 5.9 millimetres thin. This is rather big difference to iPhone 6 that looks fat with its 6.9 millimetre girth.

The phone weights 151 grams (5.3 ounces) and has an incredibly small bezel. It is almost non-existent from the sides. It measures 76,8mm x 158mm x 5.8mm. The phone comes with a 5.7 inch 1080 OLED display that is significantly larger than the iPhone 6's 4.7-inch and it even outgrew the rather large iPhone 6 Plus with its 5.5-inch screen.

The Samsung Galaxy A8 comes with a 16-megapixel f/2.2 rear and 5-megapixel wide-angle f/1.9 front camera for all the photos. Despite being so thin, the Galaxy A8 come with a 3050mAh battery and of course, the home button has a fingerprint sensor too. The Samsung sensor can do more than Apple's, as it can detect the hand wave motions to flip pictures.

Currently the phone is only listed at the Samsung China website with hope it will come to the US and European market. Samsung is also expected to release a Galaxy Note 5 a successor to its Note 4 in the month of August.

While this is the thinnest big-brand smartphone to date, a number of Chinese vendors like Oppo, Vivo and Gionee have launched even thinner phones in recent months.